GEORGE NEWS - Family and friends of Heidi Scheepers (35) came together during a touching memorial service at Eden Place Church today to pay their last respects and say farewell to her and her two children, Cozette (6) and Hugo (2).

Beautiful tributes were paid to the young mother and her children who went missing on Tuesday 22 October after what was meant to be a quick visit to Herold's Bay beach, a popular beach not far from their home in Oubaai.

The vehicle they were travelling in at the time of their disappearance was found at the bottom of a cliff in the Voëlklip area near Herold's Bay the next day.

Hugo and Heidi's bodies have since been recovered from the water.

The police's active search for Cozette has stopped, but they are asking the public to remain vigilant as they move along the coast. 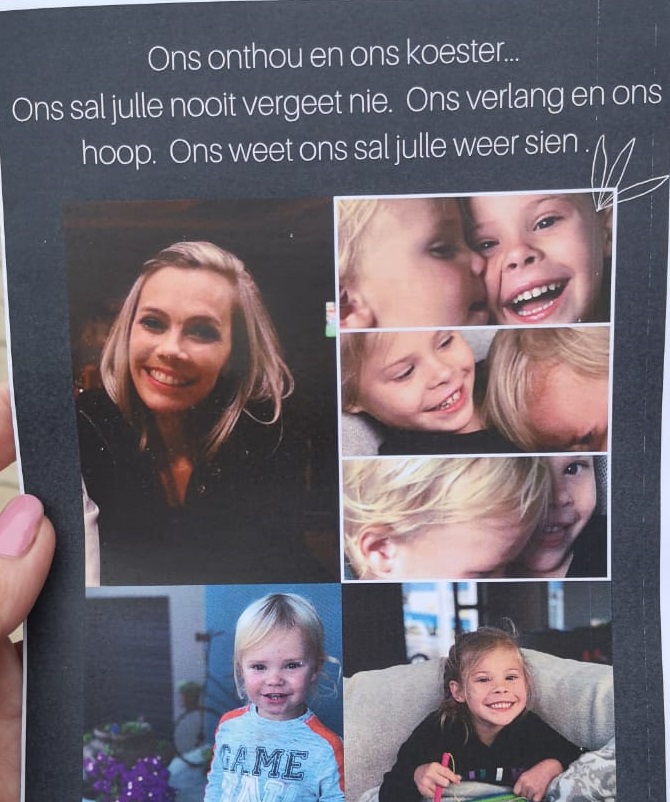 Family and friends came to pay their last respects and say farewell to Heidi
and her two children, Cozette (6) and Hugo (2).