This statement was given exclusively to the George Herald by the family during a press conference.

GEORGE NEWS - Rumours of insurance fraud, financial problems, physical abuse and extramarital affairs were dismissed by Ettienne Scheepers on Monday (28 October) during a press conference with the George Herald.

Since the disappearance of his wife Heidi (35) and two children, Hugo (2) and Cozette (6) after a visit to Herold's Bay beach on Tuesday last week, widespread rumours surfaced on various social media platforms, harassing the Scheepers family.

According to Ettienne Scheepers, none of the rumours are true.

"We are personally financially sound and our businesses are doing well. We are in no financial plight. I also did not commit any form of fraud, have any affairs or beat my wife and children," Scheepers said.

The Scheepers' daughter, Cozette (6), was diagnosed with a very rare condition called *Holoprosencephaly (HPE) at birth and has been attending Up with Downs, the local school for children with special needs, for the last four years.

"Yes, Cozette is a child with special needs, but we were coping with it and we had great support from caretakers, family and her school. Hugo was a normal healthy two-year-old who ruled our household," said Ettienne.

According to Ettienne's brother, Marius Scheepers, Ettienne and Heidi went to the end of the earth for their children.

As for rumours about Heidi suffering from depression, Scheepers admitted that she did go through "a dip" last year. "She received medication and treatment for it and earlier this year the doctors said that she didn't need any medication or treatment anymore. It was under control and she was fine," he said. 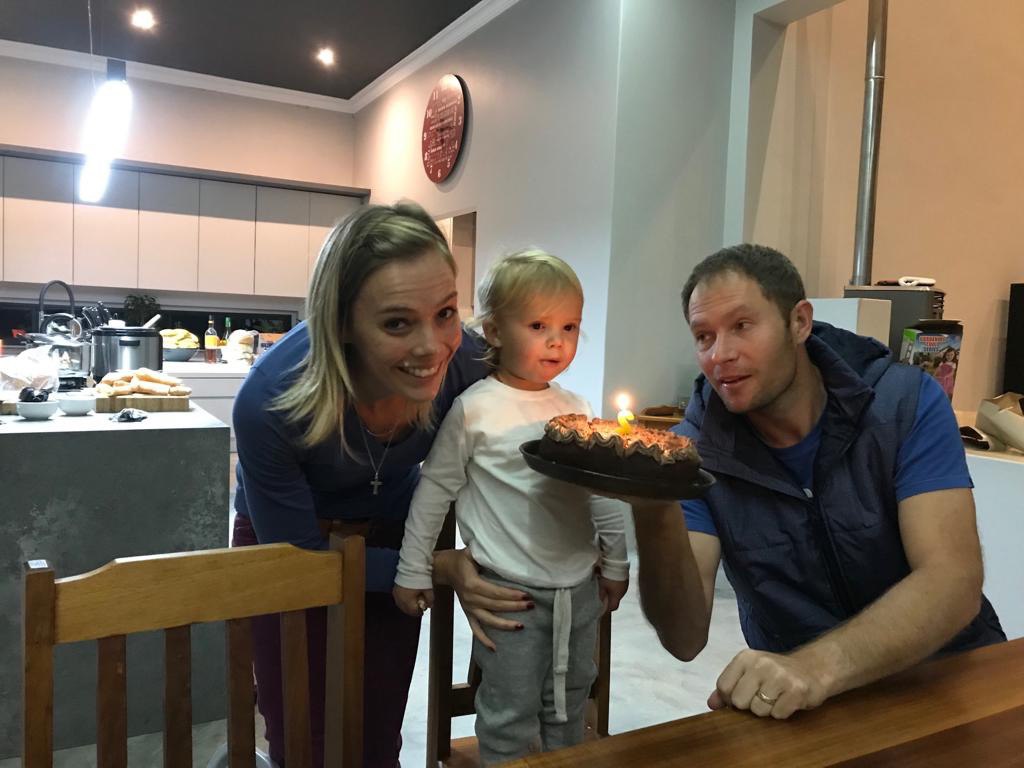 Ettienne Scheepers' version of events on the day his family went missing:

"We took a drive down to the beach to spend time with the children. We however did not get out of the car as the weather was bad. We discussed our upcoming holiday to Mozambique when Heidi informed me that she would be staying behind. We had a big consignment of stock arriving at the shop [Herold’s Bay Café] and one of our employees had suddenly resigned. I told her that we’d talk about it at home. We did not have an argument of any kind,” Ettienne said.

According to Ettienne, he then got out of the car and walked to a building site in the area that he was involved with. He also wanted to pick up his car from the shop and check the boat as they were leaving for a family holiday with his brothers for Mozambique early the next morning.

"Heidi said she and the children would see me at home. After the site visit I walked back to the shop where my car was parked. I connected the boat to the vehicle and drove home."

When he arrived at their house in Oubaai, Heidi and the children were nowhere to be seen.

"I asked our housekeeping staff if they had seen anyone and they told me the last time they saw Heidi and the children was when we left for the beach. Heidi had left her phone at home as it was just going to be a quick trip to the beach. She also didn't pack anything like bottles or dummies for the children.

"I started worrying and phoned her cousin who lives in Herold’s Bay. She however did not answer. I also phoned some of her close friends. No one had seen her. I called my brother to find out if he had seen Heidi and the kids. He said that he hadn’t seen them either.”

After phoning numerous times, Ettienne drove to Heidi’s cousin’s house to see if she and the children were there. "They were sleeping already and hadn't seen Heidi and the kids. I drove to the police station in George where I reported them missing. The officer told me that he would inform all their patrol vehicles to be on the lookout for Heidi and the kids in our VW Caravelle, the vehicle we drove to the beach with.”

The next day
First thing the next morning, Wednesday 23 October, Scheepers was in contact with the police who still hadn’t found Heidi.

"I went to the police station to open a missing person’s case. I also posted notices on various WhatsApp groups."

During that morning, the Caravelle was found at the bottom of a cliff in the Voëlklip area. The vehicle was later identified as that of Heidi Scheepers.

"I would also like to clear up that the reason I had not visited the scene is because when I asked if I could visit the scene, I was told by a senior police officer on Wednesday that no one would be allowed on the scene at Voëlklip."

Heidi had a business managing holiday accommodation and Ettienne is involved in a couple of businesses in the area. "I would just like to let everyone who have dealt with us in the past know that the businesses will carry on as usual. We have systems in place and will carry on serving our clients like we did in the past," he said. 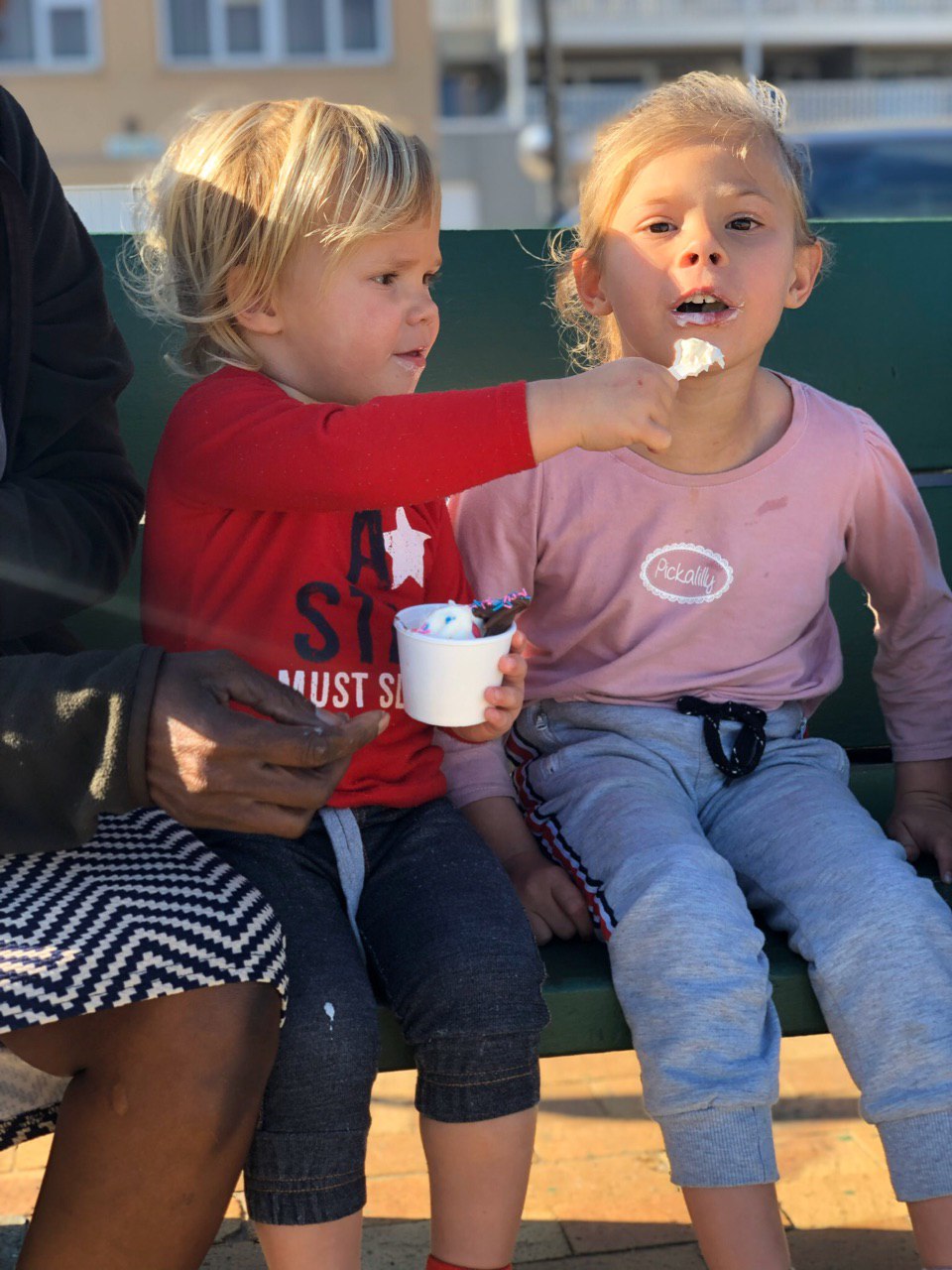 Hugo and Cozette loved each other very much.

Message from Up with Downs
According to Janet Seegmuller, the director of Up with Downs, the Sheepers family was no different to any other family with a child with special needs.

"They supported the school and attended school functions and meetings regularly as a family. We, our staff and our learners, are shocked and heartbroken about the events of the last week. We had a very special bond with Cozette and she was the sunshine in everybody's lives here at the school."

On Tuesday when Heidi came to fetch Cozette it was just a normal school day. Nothing appeared out of the ordinary," Seegmuller told the George Herald.

Due to numerous requests from people wanting to help or make donations, the Scheepers family stated that they don't need anything at this stage. Instead they requested that people rather make donations or contributions to Up with Downs.

* Holoprosencephaly is an abnormality of brain development in which the brain doesn't properly divide into the right and left hemispheres.