Recovery and rescue personnel have tried to secure the vehicle in order for police divers to investigate underwater.

GEORGE NEWS AND VIDEO - A recovery vehicle is currently on the scene at Voëlklip in Herold's Bay (near George) where parts of a vehicle, that resemble the Volkswagen Caravelle of the missing Heidi Scheepers (35), were found.

With low tide this morning, the remains of the vehicle could be seen at the bottom of the cliff.

“We have strong reason to believe that the wreckage that was found at the bottom of the cliff is that of the missing person's car. No registration number plate has been found and we can therefore not confirm it at this time."

No bodies have been found.

Recovery and rescue personnel have tried to secure the vehicle in order for police divers to investigate underwater.

Sea conditions don't allow for the divers to investigate the scene without putting their own lives at risk.

The recovery operation has been put on hold until conditions improve. The next low tide at Herold’s Bay will be at 19:00.

Scheepers and her two children, a daughter (6) and son (2), were last seen in Herold's Bay late Tuesday afternoon. They have been missing since. 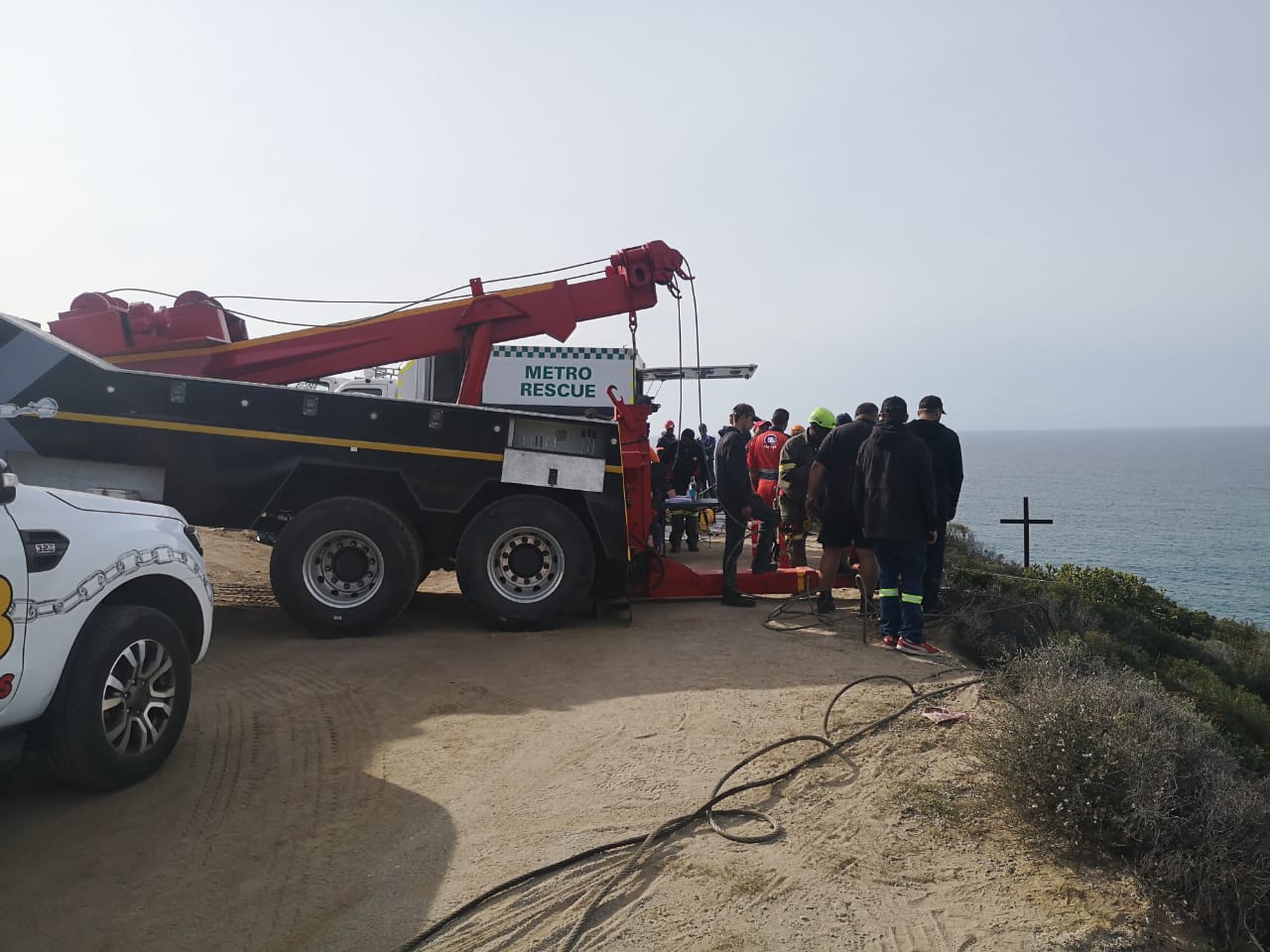 A recovery vehicle is on the scene.