Municipality “does not support” demolitions 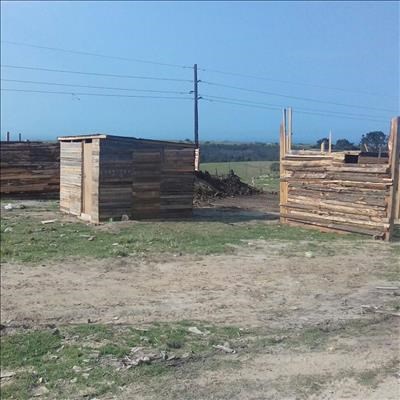 GEORGE NEWS - George Mayor Melvin Naik says the George Council and Municipality were not in support of the action initiated by Western Cape Department of Human Settlements [to demolish the illegal structures in Silver Town in Thembalethu on Tuesday].

In a statement issued by the municipality today, he said “discussions had been held as recently as 14 August with the affected illegal land occupiers in an attempt to peacefully resolve this issue. However the Municipality and Council notes that the Western Cape Department of Human Settlements has the right to  remove illegal squatters from their property.”

In the statement, the George Municipality strongly condemns the ongoing violent protest and unlawfulness “following action taken by the Western Cape Department of Human Settlements to remove illegal structures erected on land which belong to the provincial department”.

Minister: law must be upheldThe provincial minister of Human Settlements, Bonginkosi Madikizela told the George Herald that his department had followed due process and that they had to act while the structures were still unoccupied.

“Mr Naik is entitled to his opinions. I had a long discussion with him and he wanted us to wait until today (Thursday) as he was in Cape Town this week. This was impossible as we had applied for an interdict last month and had to act as soon as it was granted.

"The wheels of justice turn slowly and as soon as the interdict was granted we had to send in the demolition team. The new PIE Act (Prevention of Illegal Eviction ) has far reaching implications when people occupy land, and if we did not act immediately we may well have ended up with hundreds and hundreds of people living illegally on the land. Land that is earmarked for formal housing.”

Madikizela said that a section of the housing project currently underway in Thembalethu will be built on the land where the structures were demolished.

He said he realises that the current situation is far from ideal, but that justice must prevail and the law upheld. “Illegal squatters who turn violent, are most often not on the waiting list and hold the rest of the deserving recipients at ransom. People are breaking the law with impunity and this cannot be allowed. Law abiding citizens must be assisted so that fairness can be applied and upheld.”