Some of the shacks already have people living in them.

It is believed that shack builders grabbed the opportunity when police and local authorities attention was diverted during the recent taxi stand-off, to start building their shacks.

The settlements consist of shacks made with corrugated iron sheets and planks and are already home to more than hundred people. The land belongs to provincial government.

It is unclear whether the authorities will take action to stop the construction of these shacks.

However, according to George municipal spokesperson Chantel Edwards-Klose, they are aware of the unlawful occupation of the land in question. "There is unfortunately a new tendency where structures are occupied at night when officials are not patrolling the area. The municipality is in the process of taking action," she said.

Last year riots shut Thembalethu down after after Red Ants were called to demolish illegal shacks in the same area. Nearly ninety would-be and completed homes at the back of Silver Town were broken down by the Red Ants on 12 September.

According to the Western Cape Department of Human Settlements, the Red Ants were executing a court interdict to remove the 87 structures. 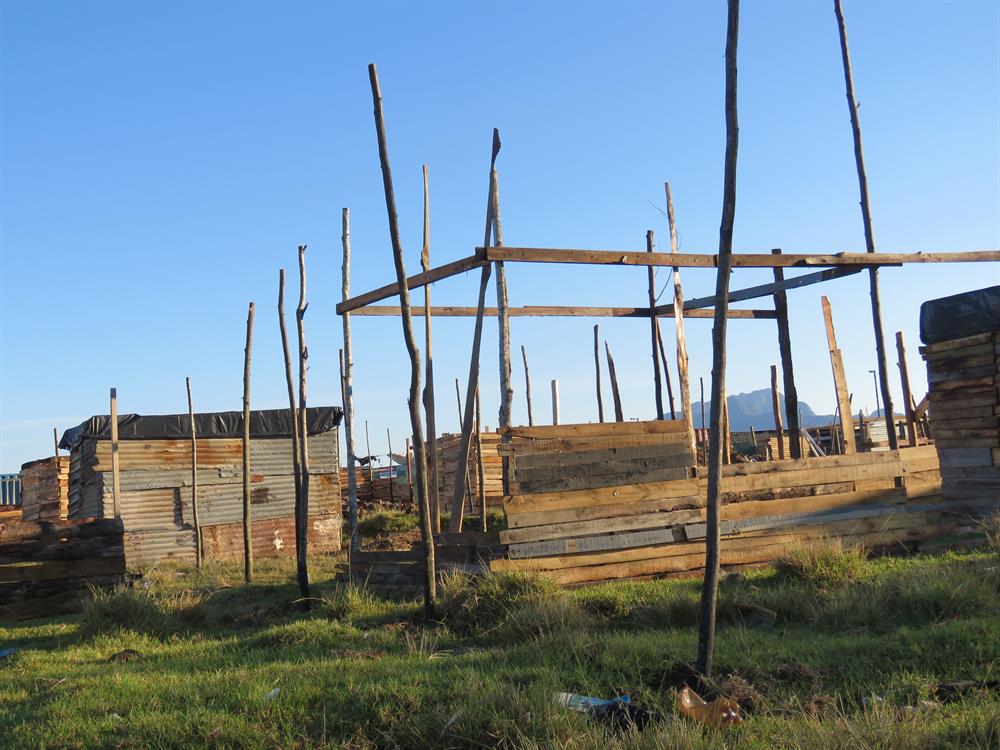 Some of the shacks already have people living in them. The settlements consist of shacks made with corrugated iron sheets and planks and are already home to more than hundred people.

After the Red Ants left, stones started to fly and journalists on the scene had to flee as residents turned on them. Several buildings were damaged and vandalised and a new municipal hall was set alight.

The riots escalated into Wednesday morning when the N2 was closed as protesters burnt tyres on the freeway and blocked the lanes with road signs and tree trunks.

Vehicles were also pelted with stones. Exams were disrupted as schools were closed and people could not get to work.