British doctos to get bonus for dementia diagnosis 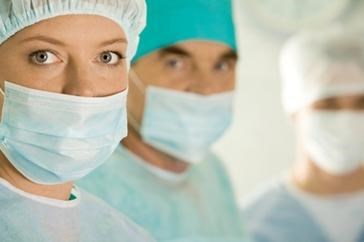 Generic image
INTERNATIONAL NEWS - Britain's National Health Service came under fire on Wednesday for setting up a temporary bonus scheme of for family doctors who refer patients with cases of dementia.

The new measure is the first example of a reward for doctors for individual diagnoses and is due to last six months as part of a drive to overcome under-reporting of the condition.

Katherine Murphy, head of the Patients Association, said it was "a distortion of good medical practice".

"Good GPs (general practitioners) will be diagnosing their dementia patients already. This seems to be rewarding poor GPs," she said.

"It is putting a bounty on the head of certain patients."

But Martin McShane, NHS England's director for long term conditions, said the measure was "to ensure that people living with dementia are identified".

The public health agency estimates that there are around 90,000 patients -- an average of 12 per doctor's practice -- who could benefit from a more timely diagnosis.

The £5 million being made available for the scheme comes on top of an existing project launched last year costing £42 million and a further £31 million in incentives already offered to family doctors for the care of patients after diagnosis.

Fewer than half of the 800,000 people estimated to have dementia in Britain know they suffer from it, according to health campaigners.