Babi is among a dozen professional gamers playing in the Hunger Games-style contest for Brazil's video game channel Loud, which YouTube ranked as the most popular new channel in 2019 after it attracted 3.4 million subscribers in 10 months.

Players spend their days training for the battle royale game Free Fire and recording videos for Loud's channel as well as their own, which are also hugely popular on YouTube.

Psychologists and performance coaches are regular visitors to the Loud house, where several players live, along with specialists in audiovisual production or social media.

While the players appear to spend much of their time goofing around, the money generated by mobile games is no joke.

Mobile games were expected to pull in more than $68 billion in revenue worldwide last year, Newszoo research group said in a mid-year report - 45 percent of the total video game market.

Mindful of his players' potential earning power, Bittencourt picks his gamers for their on-camera charisma as well as their playing talent.

"They were selected not only for their quality as players but also their ability to tell stories," Bittencourt told AFP. 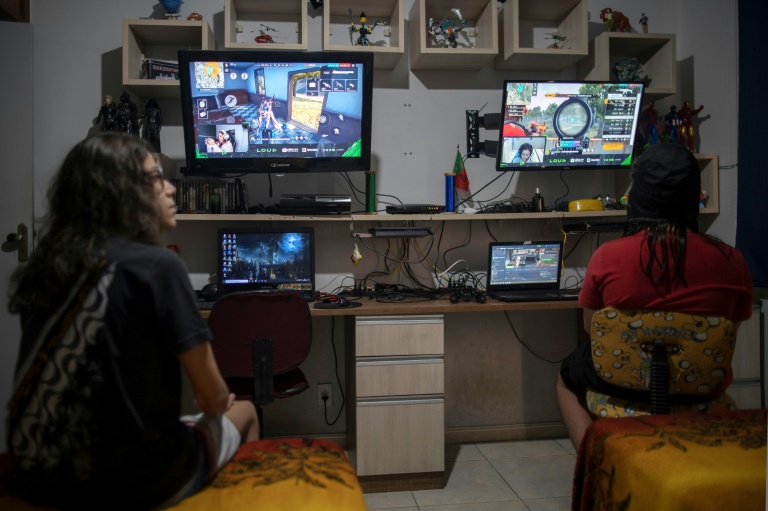 Loud's gamers, aged in their twenties, travel around the world taking part in Free Fire competitions where individual prize money reaches tens of thousands of dollars.

Free Fire, which has more than 450 million registered users, is a game where players fight for survival in a shrinking battlefield.

Fans can watch the Loud team playing Free Fire or performing pranks on each other in their spacious residence on their YouTube channels.

Two of the channels - including Babi's - were ranked in YouTube's top 10 most popular new channels last year.

Bittencourt, better known by his gaming name Playhard, is a star in the mobile game market.

His personal YouTube channel has more than 10 million subscribers with his 1,700 videos drawing more than one billion views.

"When I created my channel in 2014, I realized that the videos with advice and analysis on mobile games were the most successful," Bittencourt, 25, said.

Brazil was the biggest mobile game market in South America last year and ranked 13th in the world with $1.6 billion in revenue, according to Newszoo.

"It's much easier to play on your laptop than buying console games - it's free and many mobile games have as good an image quality" as on consoles, says gaming journalist Diego Borges.

"In Brazil, consumption could be higher if internet access was not so expensive. You need a good connection to play online with other users."