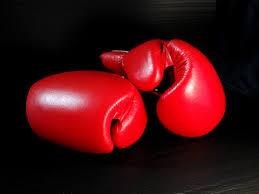 "I'm going to cause chaos and constantly change my tactics. That's how I can beat him. It will be a short, violent, simple knockout," the 27-year-old Briton has told a German magazine, Sport Bild, ahead of the bout in Düsseldorf on November 28.

"If he is looking for a direct exchange of punches with me, it will end in disaster for him. That's when the shutters will go down," Furym said.

The fight had been scheduled for October 24, but was postponed after Klitschko tore his left calf muscle.

Veteran rocker Rod Stewart is set to sing before the bout, and Fury wants to get on the microphone if he wins. "I will definitely sing a song to celebrate the victory," he said. "I'll try to do a duet with Rod Stewart."
Read more on SuperSport