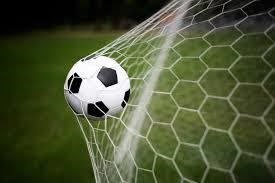 South Africa are drawn in group E for the World Cup alongside Russia, Korea DPR and Costa Rica, this group will play the group stage matches in the City of Concepcion, Chile at Estadio Municipal Ester Roa. Amajimbos will need to secure first or second spot in the group to progress to the next round of the tournament.

Molefi Ntseki’s charges will host numerous camps ahead of the world showpiece and will play friendly matches against international opposition in preparation. “The purpose of this weekend’s camp is to run scientific and medical tests for the players and to give them a brief induction of a World Cup,” says Molefi Ntseki.

“We are not going to Chile to add numbers we are going there to play competitive football and ensure that this record we have broken by qualifying the team for the world cup does not go unnoticed. We are comfortable with the draw and the group we are seeded in and will go out there and ensure that we give it our all,” concluded Ntseki.
Read more on Caxton publication, The Citizen.