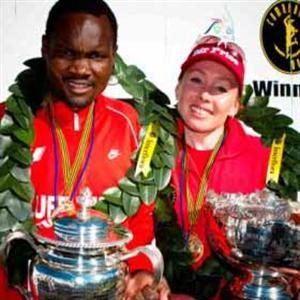 These wise words of this former top runner may ring true for most athletes, but the reward at any race is definitely a motivating factor, more so for the top-notch competitors in the world’s greatest ultra-marathon, the Comrades Marathon.

With this in mind, the Comrades Marathon Association (CMA) has increased its monetary rewards for the 2012 leg of the Ultimate Human Race by nearly twenty percent across the board, as compared to last year. This translates into an astounding R2 653 700 in total cash prizes, the highest amount paid out in any South African road-running fixture.

In addition any man or woman breaking the current Comrades down-run records held by Leonid Shvetsov and Frith van der Merwe respectively, will be paid out an amount of R300 000 each, as well as other rewards should they qualify, like Hotspot Prizes and Age Categories.

CMA Race Director Johan van Staden says the Comrades Marathon is not just the biggest ultra-marathon in South Africa but the largest in the world. "To this end, it is only natural that The Ultimate Human Race attracts the cream of the crop when it comes to top runners. We aim to keep these competitors motivated and fired up, and to aptly reward them for their enduring accomplishments at the end of their annual Comrades journey."

Entries for 2012 opened last Thursday and close in three months time. The 12-hour race will be a down-run from Pietermaritzburg’s City Hall and ends at Durban’s Sahara-Kingsmead Stadium, with the gun firing off at 17:30 on Sunday, 3 June.