The acting director of the department, Delia Power, said the department is under-capacitated, but is in the process of filling vacancies.

This is according to a number of professionals who spoke to George Herald.

Local architect Pieter Liebenberg and his wife, Naydine, say they have been waiting for about six months for approval of their own home building plan and even longer for projects that he is working on.

Among these is the application for a house for an overseas client that has been dragging on for two years.

"They make a 90-day process of something that should take 30 to 60 days," says Naydine. "We were told that the department is understaffed and it lacks the manpower, and that the situation is receiving attention, but how long is this going to take? Something should be done urgently."

A town planner who wanted to remain anonymous, said there is still a "handful" of officials who work very hard. "But have the right people been appointed? It has been years that posts have remained open. Why, and why has the post of director not been filled?"

An architect who spoke anonymously said the hitches are juniors and interns still in training who lack the experience to adjudicate and approve plans fast enough. "We receive poor comments from them and then you have to try to resolve the issue with that same person.

"As a result, we lose months in the approval process. I think the internal communication in the department is also not what it should be. Moreover, all the rules that the municipality has announced have made the application system complicated and extremely time-consuming. And there is nobody you can talk to."

Another architect said his e-mails are ignored. "I give up. It is an absolute joke. There is always a backlog. When I take them on about their service, it seems as if they drag their feet on purpose. You are not allowed to see anybody in person, but are forced to work through e-mails and phone calls. "

The acting director of the department, Delia Power, said the department is under-capacitated, but is in the process of filling vacancies.

"Temporary arrangements are being made for assistance in the interim until the positions are filled."

Interviews for the position of director of the department will take place soon.

She said all the current planners are registered professionals with enough experience to ensure that applications meet the requirements and criteria for assessment, to enable the authorised official and the planning tribunal to make decisions with confidence.

She also said the building plan submission portal was designed through a grant and interactive engagement with the Western Cape Department of Economic Development and Trade, and it is used by other municipalities in the Western Cape.

"Municipalities regrettably often have to deal with applications wherein the practitioners omit essential information, documentation or have captured incorrect parameters on the plans and the process of correcting these errors is time-consuming and laborious."

Building related complaints can be lodged via e-mail to building.control.complaints@george.gov.za.

"Officials have been designated to monitor the e-mails received and upload these to the electronic complaints register."

Power recently said building plan submissions and approvals have slowly been recovering after a sharp decrease during Covid-19 hard lockdown last year. There was a 75% drop in plan submissions, from 434 in the first quarter to 104 in the second quarter. It improved to 247 in the third quarter and 381 in the last quarter. 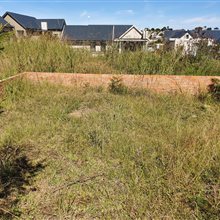 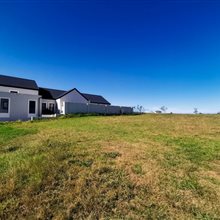 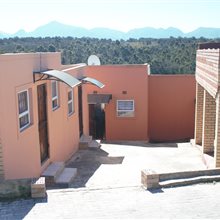 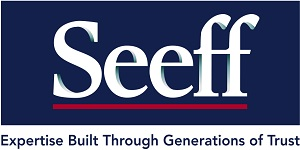