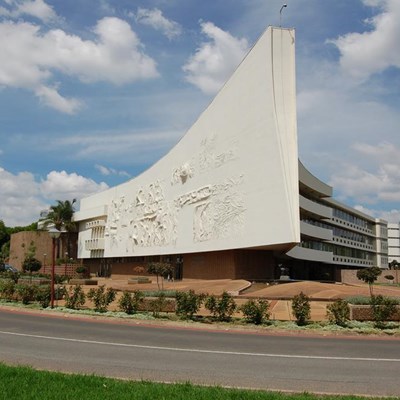 Administration building of University of Pretoria.
NATIONAL NEWS - The University of South Africa (Unisa), Pretoria University and Witwatersrand University – which all secured court orders against strikes on campus – resumed registrations on Monday.

Unisa spokesperson Martin Ramotshela said all campuses belonging to the institution had been re-opened.

Heavily armed police and security personnel have been deployed at the Unisa Sunnyside campus.

“We will continue registering students while monitoring the situation,” said Ramotshela

“We are not leaving campus until we get what we want. We are going to confront police and management if we need to. We will ensure that no registration takes place,” said Sindane.

Operations at the University of Pretoria have been halted after workers held a protest to demand a minimum wage of R10 000 a month.

At the weekend university management spoke with striking workers on Saturday, but there was no agreement reached.

The institution said on Sunday that online registration will continue. Parent and students will receive direct communication from university.

Patel said management was hoping to meet with the Student Representative Council to discuss access to education.

“At this point there are no disruptions on campus. However, on Friday after we an interim court order was granted by the South Gauteng High Court, a few students who were planning to enter Senate House and protest disappeared when they saw the order.” said Patel

On Friday, additional police and security were brought in to prevent protests on campus.

Wits University management said they were continuing with their talks with the SRC, which has made several demands that include free tertiary education and better working conditions for university workers.
Source: African News Agency