Why alcohol and driving do not mix

IT IS also difficult to gain information from an intoxicated patient on their medical conditions as well as medication they are on. 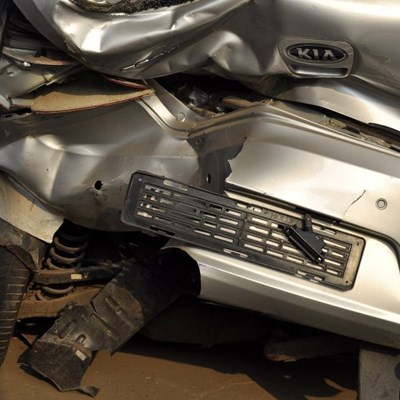 YOU can try and debate it now, you can explain how well you handle your alcohol and you can also say you know what you are doing… none of this will matter when either you or someone else dies.

Dr Robyn Holgate, the Chief Medical Officer of ER24 said, “In South Africa, the legal limit is a breath alcohol content of 0.24mg per 1,000ml, or a blood alcohol limit of 0.05g per 100ml. The general rule of thumb is a maximum of one unit of alcohol per hour. However, to be safer, if you are going to be driving, rather refrain from drinking any alcohol. Alcohol distorts a person’s judgement and perceptions as well as slows down reaction times.”

Saul Behrmann, ER24 Joburg North Branch Manager, said gaining correct information from an intoxicated patient, such as how the incident happened, what they remember and contact details for family members who need to be informed of the patient’s injuries, is challenging.

Dr Holgate said people who consume alcohol should note that the rate at which a person becomes intoxicated varies. “On average, it takes about one hour for the body to metabolise one unit of alcohol. However, this can vary based on body weight, sex, age, personal metabolic rate, recent food intake, the type and strength of the alcohol and medication taken,” said Dr Holgate.

She provided the following explanation:

1. If a man and woman of the same weight were to drink the same amount of alcohol at the same rate, the woman would be more intoxicated than the man. This is due to gastric alcohol dehydrogenase concentration being significantly higher in men than in women. Gastric alcohol dehydrogenase is the enzyme that begins the break-down process of alcohol in the stomach. More alcohol makes its way to a woman’s small intestine for absorption. A woman ’s blood alcohol concentration increases by about seven percent more that a man. Women have a naturally higher percentage of body fat than men. This results in them having a higher blood alcohol level than men.

2. An older person often has a higher fat-to-muscle ratio and less body water. As a result, when compared to a younger person with the same weight who has had the same amount to drink, they may have a higher amount of alcohol in their blood.

3. The use of illicit drugs and medication such as antihistamines, pain relievers and antidepressants in conjunction with alcohol can increase the effect of the alcohol consumed. Drinking alcohol while on illicit, over-the-counter and prescription drugs can lead to illness or death.

4. Drinking alcohol on an empty stomach can affect a person more than if they were to eat before drinking liquor. The rate of alcohol absorption depends on how fast the stomach empties its contents into the intestines. Foods high in fat for example take longer to exit the stomach. If you eat before you consume alcohol, the alcohol will be absorbed slower than if you were to drink on an empty stomach.

5. Alcohol may be metabolised more slowly if your liver function is impaired.

How do you calculate how many units of alcohol you have consumed?

Multiply the volume of the drink (in millilitres) by its percentage alcohol by volume and divide by 1000 to determine the number of units of alcohol in the drink you had.

Think before you drink. ER24 can be contacted on 084 124 in case of any medical emergency.