US President Donald Trump fired off a volley of tweets criticizing his Senate impeachment trial.

INTERNATIONAL NEWS - US President Donald Trump fulminated against his impeachment trial on Thursday as Democrats prepared to resume making their case to the Senate on why he should be removed from office.

Trump, who returned to Washington late Wednesday from the World Economic Forum in Davos, began his day with a volley of angry early morning tweets from the White House.

The Republican president accused Democrats from the House of Representatives of making a case for his impeachment to the Senate that was "loaded with lies and misrepresentations."

He attacked Adam Schiff, the chief House prosecutor, in starkly personal terms, calling him "Shifty Schiff," and retweeting criticism of the California lawmaker made by presidential supporters to the Fox News television network.

Schiff and the other House Democratic prosecutors presented their opening arguments in the Republican-controlled Senate on Wednesday, accusing Trump of seeking to cheat in the upcoming presidential election. 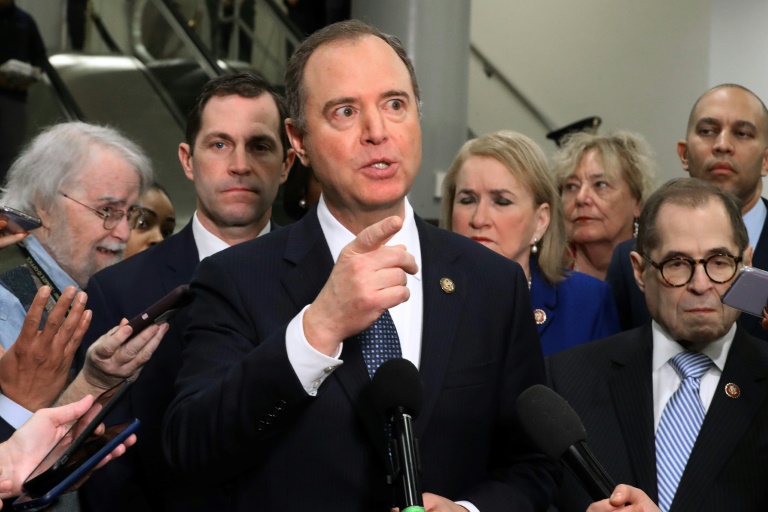 Trump is accused of withholding military aid from Ukraine to pressure his Ukrainian counterpart to announce an investigation into potential November presidential election rival Joe Biden.

"President Trump withheld hundreds of millions of dollars in military aid to a strategic partner at war with Russia to secure foreign help with his re-election," Schiff said. "In other words, to cheat."

"And when he was caught, he used the powers of (his) office to obstruct the investigation into his own misconduct," said Schiff, who headed the probe that led to Trump's December 18 impeachment by the Democratic-controlled House.

House Democrats have a total of 24 hours to present their case that Trump is guilty of abuse of power and obstruction of Congress.They are scheduled to resume their presentation at 1:00 pm (1800 GMT) on Thursday. 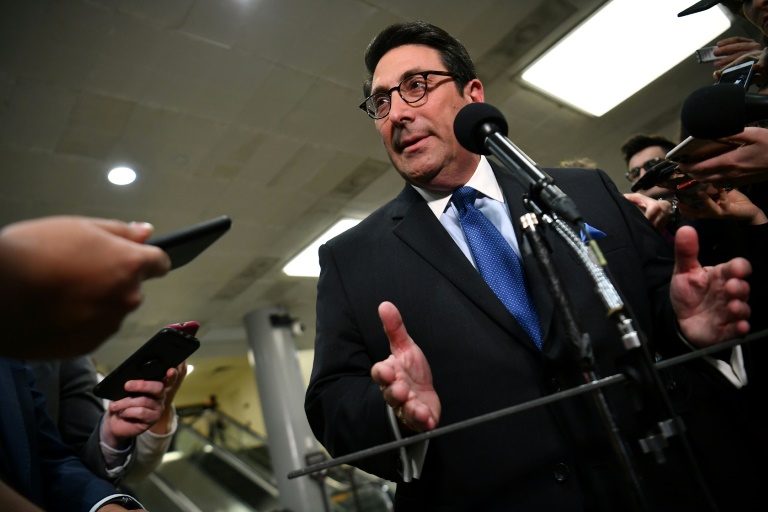 Jay Sekulow, a lawyer for Donald Trump, speaks to reporters at the president's impeachment trial.

After laying out the detailed evidence against Trump on Wednesday, they are expected to focus on Thursday on the legal and constitutional aspects of the case.

White House lawyers will then have 24 hours, likely starting on Saturday, to present their defense of Trump, just the third president in US history to face an impeachment trial.

Senators will then be able to ask written questions to be read out aloud by US Supreme Court Chief Justice John Roberts, who is presiding over the trial.

Senator Chuck Schumer, the Senate minority leader, praised the performance of the House prosecutors, known as impeachment "managers," and said he thought their arguments were resonating with some of his Republican colleagues. 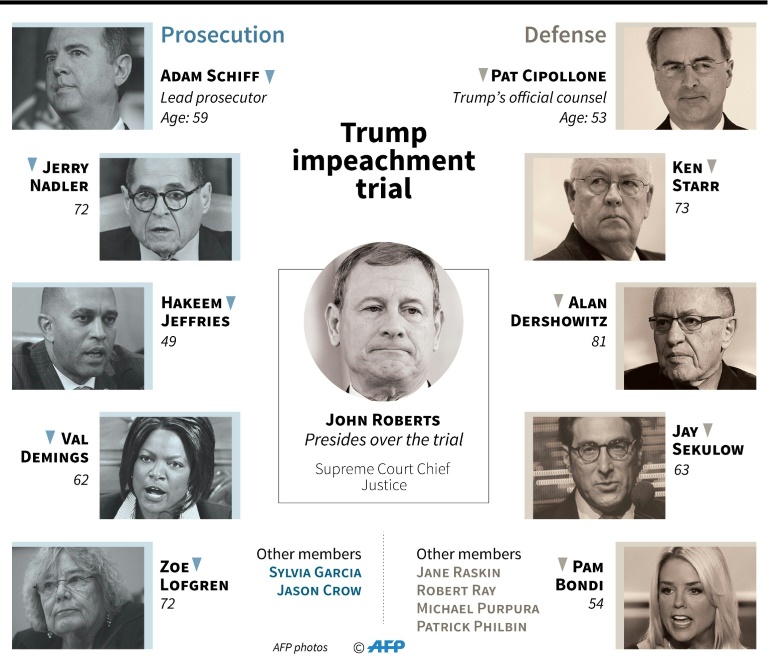 "As manager after manager stepped up to lay out the evidence amassed against the president in precise and devastating detail, the atmosphere of the Senate took on an entirely different dimension," Schumer told reporters on Thursday.

"It may have been the first time that many of my Republican colleagues heard the full story, the complete narrative from start to finish, uninterrupted," the Democratic senator from New York said.

"It may have planted the first seed in their minds that, yes, perhaps the president did something very wrong here."

Schiff appealed to the Senate's 100 members to put aside partisanship in deciding Trump's fate, interspersing his remarks with video of House inquiry testimony and clips of the president's own words.

Republicans, who hold a 53-47 edge in the Senate, have shown little inclination, however, to break ranks with a president who has a history of lashing out ferociously at his perceived enemies.

Sixty-seven senators, a two-thirds majority, are needed to remove Trump from office and a series of votes Tuesday on the trial's ground rules followed strict party lines.

In vote after vote, Republicans rebuffed repeated efforts by Senate Democrats to introduce new White House witnesses and documents into the trial.