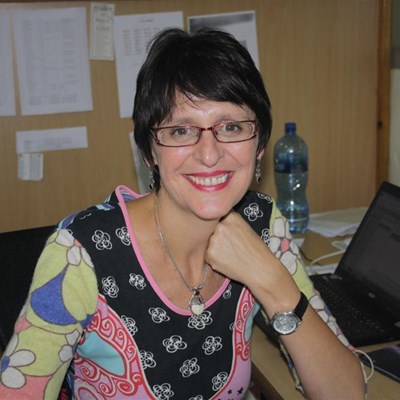 Ilse Schoonraad
Two weeks ago South Africans were flushed with pride as the world praised our Working On Fire (WoF) staff for their enthusiasm and wonderful disposition as they arrived in Alberta in Canada to help battle devastating fires that have been raging for weeks.
The 301 men and women burst into song and dance inside the airport building and the video of this heartwarming display of solidarity with the Canadians quickly went viral as it was shared on social media platforms on the worldwide web.
Well, the saying goes: If it seems too good to be true, it usually is.
This week our pride turned to shame as the firefighters returned to South Africa following a very public wage dispute.
It isn't quite clear who the baddy in this situation is, but according to www.groundup.org.za, the contract was negotiated by the Canadian Interagency Forest Fire Center (CIFFC) and WoF, a South African government programme. According to the website the provincial government in Alberta agreed to pay $170 Canadian dollars per firefighter per day to the programme - calculated at about R12 to the Canadian dollar it comes to R2 040 per day.
In the article on GroundUp, Rejul Bejoy writes that private company Kishigu Holdings is the primary implementer of the WoF programme and has to date hired and trained over 5 000 firefighters.
It is believed the South African firefighters were to ultimately receive $50 of the $170 - about R600 per day - plus their South African pay, which is apparently anything between R100 and R600 depending on the firefighter's experience and seniority.
Although this is much less than $11,20 - the minimum wage per hour in Canada - it still seems like a good deal to me!
Coupled with the extra cash, firefighters also get to see the world.
They would do well to heed the wise words offered by Village People in their mega hit In the Navy:
"Where can you find pleasure
Search the world for treasure
Learn science, technology
Where can you begin to make your dreams all come true
On the land or on the sea?"
OK, we don't know how much of the $120 that is left per person after each firefighter receives his or her $50 stipend goes towards basic South African salaries and other operational costs, but the Canadians have been sponsoring their accommodation, meals as well as their transport there and back.
If we deduct another $50 for 'expenses', the South African organisers of the trip are still left with $70 per day - times 301 employees, times R12, it comes to more than R250 000 per day. Not bad for a day's work.
So, I understand the firefighters' point, but would it not have been fantastic if they could have sorted out their wage dispute in private, allowing South Africans and the rest of the world to enjoy the afterglow of their success in Canada.
They would have been welcomed back in South Africa as heroes, but instead they ruined the one good-news story we so badly needed and embraced.
Amid Oscar Pistorius's sentencing, Henri van Breda's family murder trial, Mark Zinde's matricide trial, the sliding rand, all the Isis horror and the growing incidence of mass hate crimes in America, we need all the good news we can get.
But, sorry Mr Motsoeneng, chances of good news seem increasingly slim and in all likelihood the SABC will have to settle for comic relief.
Thank God for Donald Trump.
That's to say if he stays out of the White House.
Zuma has shown that a joke at the top is anything but funny.
BY ILSE SCHOONRAAD, GEORGE HERALD EDITOR