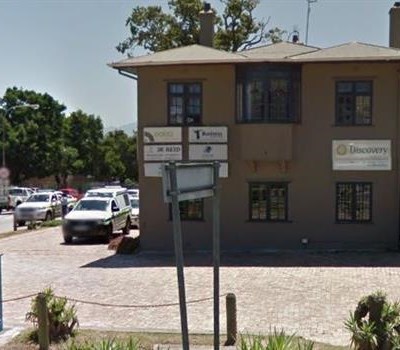 The Niflas offices were housed in this building. Photo: Google Maps.
GEORGE NEWS - The liquidation of the companies under the Niflas Silhouette Investment Platform is going ahead. This follows after the Creditor's Committee lost their leave to appeal against the liquidation of the platform in the Supreme Court of Appeal in Bloemfontein with costs.
According to liquidator Danie Acker of Rauch Gertenbach Attorneys, Judges Malcolm Wallis and Kevin Swain ruled that there is no reasonable prospect of success in an appeal and that there is no other compelling reason why an appeal should be heard.
The business rescue applications by two investors in the scheme, were withdrawn prior to the supreme court ruling after negotiations between the various parties’ lawyers.
About 380 Niflas investors, mostly from George and the Southern Cape, stand to lose R150-million that they entrusted to the chief executive officer of local financial services firm, Pieter Strydom and his co-directors. The Niflas head office is at 1 Caledon Street in George and some of the firm's local clients have been doing business with Strydom for over 30 years.
The Niflas Silhouette investors, mostly retirees, were devastated when they received the news in late 2014 that their life savings may well be gone, or worth a mere fraction of their original investment.
High interest
This followed when microlender Bridge Finance ran into trouble about two years ago. Approximately R60-million of the R150-million in Niflas Silhouette was invested in the beleaguered Bridge while the other R90-million was invested in low return properties and businesses that could never guarantee a monthly yield of up to 19%.
Until the bubble burst in October 2014, investors were getting monthly returns on their money that far exceeded the going interest rate.
Attempts were made to save Niflas Silhouette by placing it under business rescue, but in 2015 Business Rescue Practitioner Koos van Rensburg came to the conclusion that this was not an option due to a myriad irregularities. He told the George Herald, "I had experienced insurmountable difficulties implementing the plan. I have been advised by senior council that the statutory process of business rescue is not available to a company that has been conducting unlawful business."
Niflas created co-director companies with investors and Van Rensburg said the purpose of this was to avoid the provisions of the Banks Act.
Judge slams Niflas
He applied for liquidation and on Monday 21 November 2015 former Western Cape High Court Judge Andre Blignault granted the liquidation saying the scheme was in contravention of the Bank Act. In his ruling he said, "A structure whereby each investor becomes a director of his own company for a fleeting second only is clearly a scam... In the present case the so-called director did not, and was not expected to perform any duties at all as a director.... Circumventing the Bank Act in this manner allowed the perpetrators to carry out the scheme with its disastrous consequences for investors.”
Judge Blignault added that “money was appropriated from innocent pensioners and wasted on insolvent or non-productive borrowers with non-existing means. Such conduct could probably be proved to amount to fraud and theft involved”.
In spite of these damning words, the creditors (investors) were still hopeful that Niflas Silhouette could be saved and has been fighting up to now to prevent liquidation.
Last chance to prove claims
According to Acker, more investors proved their claims and new resolutions were adopted at the second creditors' meeting in George on Friday 5 August.
"The liquidators now have all the power vested in them by the Companies Act to continue with the liquidation process. This includes realisation of assets and interrogations. We intend to lodge the first liquidation and distribution account in September. Upon approval by the Master and advertised, the first dividends will be paid."
He said a final Special Meeting has been convened for creditors who have not yet proven their claims. "After this meeting no further claims will be allowed without the consent of the Master of the High Court."
Acker said the liquidators will now pursue the realisation (sale) of assets and the distribution of further dividends on a regular basis.
George Nell, the lawyer of the Strydom Family Trust, told the George Herald that he had assured Acker more than a month ago that the members of the trust will give the liquidators their full cooperation. “Meetings to provide information are being set up.”
Strydom was not available for comment.
Ackers said a full investigation into the entire Niflas will be conducted. “Private interviews with Mr Strydom and his lawyers coupled with interrogations in court and in depth audits will take place.”
Click here for previous articles:
ARTICLE: ILSE SCHOONRAAD, GEORGE HERALD EDITOR
'We bring you the latest George, Garden Route news'