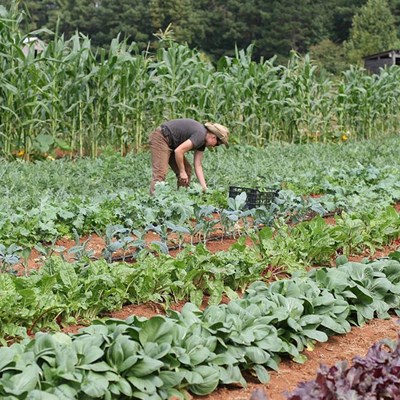 The agriculture economic transformation strategy which is hoped to push up the province's struggling GDP is the department's latest solution to countering the declining number of commercial farmers in the province.
Speaking at the annual Female Entrepreneur of the Year Awards at Coega Village, Qoboshiyane said: "The GDP of the country is not growing and has been heading downward since the first quarter of 2016 and the province's agriculture value is very low at 5.5% when compared with others."

Attributing the province's low agriculture value to competitiveness, policy uncertainty and increasing production costs, Qoboshiyane said that he was mostly concerned about the dwindling number of commercial farmers.
The province saw a decrease from 6,000 to 4,000 between 1996 and 2007. He estimated that this figure is as low as 3,000 today. In the same period, the country saw a drop from 60,000 to 37,000 farmers.

"The reality of the situation is that between 95% and 99% of agricultural output is produced by commercial farmers," Qoboshiyane said.

In an effort to help small farmers, he said they would be added on the department's database and their products would be graded before being supplied to Boxer Superstores, Nicks Food, and McCain Foods.

While all Boxer supermarkets in the country are prepared to buy fresh produce from the Eastern Cape, Qoboshiyane said the province now needed more farmers to meet the new demand.
The farmer awards are aimed at encouraging and increasing the participation of women in agriculture, forestry, and fisheries.
Read more on Bizcommunity.