GEORGE RUGBY NEWS - The Crusaders Rugby Football Club (RFC) from George and Multisure Corporation have entered into a partnership for the remainder of the 2019 SWD Premier League season. The club will be known as Multisure Crusaders for this period.

Multisure has been in business for 19 years, providing clients with affordable funeral and legal cover together with a business opportunity for those who are unemployed or seeking to supplement their current income.

Multisure CEO, Denton Goodford, said sport can be a great enabler for the youth and communities in general throughout South Africa, but in particular in the Southern Cape, which is one of the reasons Multisure has decided to partner with the Crusaders RFC.

"Sponsorships not only provide a great means of broadening our competitive edge by improving our company's brand awareness - as we recently opened an office in George - but it gives us an opportunity to give back to the communities that we grew up and operate in."

Goodford, who was born and raised in Uitenhage in the Eastern Cape, is an advocate-turned-entrepreneur who started Multisure from a small back room in Uitenhage while practising law. He is now managing the company full-time. 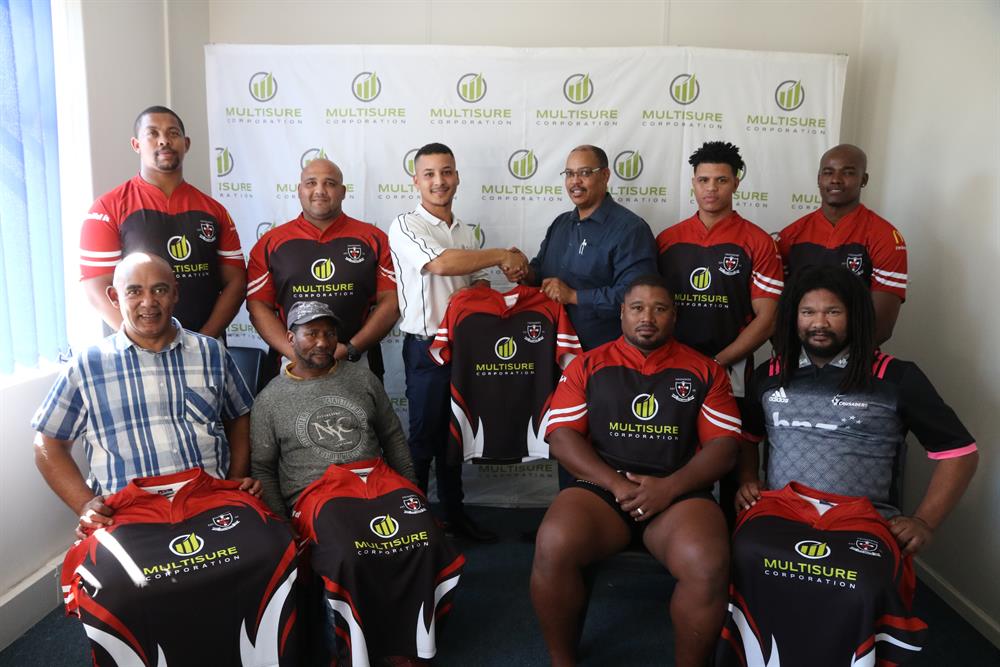 "Community-based sports teams need a lot of assistance from their communities and businesses, not only in financial terms but in any way we can possibly assist. Through our sponsorships we hope to encourage other companies to get involved as well.

"If our sporting teams thrive, then it can be a catalyst for many other positive developments throughout the province. Crusaders is a relatively young rugby club, but it is built on a good foundation and the future is looking bright, with the team aiming to win the Premier League trophy in the Southern Cape region this year. As a company we like to partner with others who have ambitious goals," said Goodford.