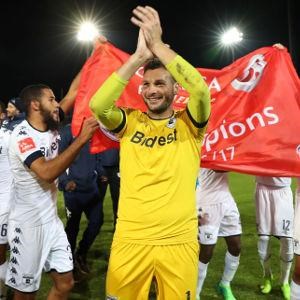 The Clever Boys won the title after Mamelodi Sundowns drew with Maritzburg United, while Rise and Shine remain sixth on the league table.

Wits have become the seventh different championship winners in the PSL era, while manager Gavin Hunt has claimed a fourth title - adding to the three he won in 2007/08, 2008/09 and 2009/10 with SuperSport United.

The home side, who will have celebrated long into the cold Wednesday night, got off to a great start as James Keene headed Elias Pelembe's cross to make it 1-0 to Wits just three minutes into the match.

The English striker came close to doubling his side's lead in the 14th minute, but he narrowly missed his Wits teammate Daine Klate's great cross.
Read more on SuperSport.