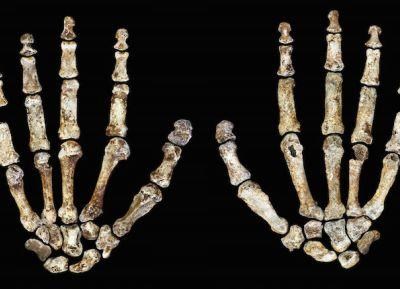 Homo Naledi's long, curved fingers are one of its most extraordinary features.
NATIONAL NEWS - The unveiling of the Naledi fossils has left South Africans speechless, with many saying they are proud this discovery has been made on African soil.

Scientists in South Africa have revealed a brand new species, which has been called Homo naledi.

The species was unearthed from the largest deposit of fossils ever found on the African continent.

The announcement was made at the Maropeng Centre at the Cradle of Humankind by leading paleoanthropologist professor Lee Berger.

“I’m pleased to introduce you to a new species of human ancestor. The new species within our very own genus - a species we’ve called Homo naledi. Naledi, meaning star.”
Read more on Eyewitness News.