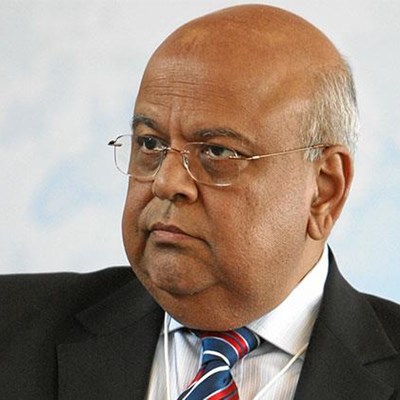 Pravin Gordhan.
NATIONAL NEWS - Heave a sigh of relief as VAT remains unchanged at 14%. However, that is about as good as it gets with the 2017 Budget, outlined by Finance Minister Pravin Gordhan in Parliament on Wednesday.
In the Budget it is proposed to expand the VAT base in 2018/19 by removing the zero rating on fuel.
Some of the salient markers of this year's budget are hard-hitting increases in personal income tax, with a new top personal income tax rate of 45% for individuals with taxable incomes more than R1.5m, and increases in sin taxes of between 6% and 10% in addition to the increase by 30 cents per litre in the general fuel levy, and an additional nine cents a litre more for the Road Accident Fund.
Social grants
Social grant increases are marginal: old age pensions increase by R90 to R1 600 a month for those older than 60 and R1 620 for those older than 75; disability and care grants also increase by R90 to R1 600 a month; foster care grants by R30 to R920 a month and the child support grant increases by R20 to R380 a month. War veteran grants increase from R1 525 to R 1 620.
The payment of the grants on 1 April still hangs in the balance as the South African Social Security Agency (SASSA) has yet to approach the Constitutional Court in order to extend the contract with CPS/Net1.
To appease students, funds have been provided to ensure that no student whose combined family income is below R600 000 per annum will face fee increases at universities and TVET colleges for 2017.
"The tax system is quite crucial to redistribution to fund, for example, the social grants paid to 17 million poor South Africans," Gordhan told the media. "Without the transfer of resources from the well-off to the rest of society we will not have the social stability we've had."
Tax brackets have been adjusted to allow for bracket creep and the tax-free threshold has been raised by R750 to R75 750, from R75 000.
Limited tax relief will be provided in terms of property transfer duties. Previously the minimum price of a house requiring the payment of transfer duties was R750 000. Now this minimum has been increased to R900 000. The allowance for tax-free savings accounts increases to R33 000. The medical tax credit has been increased in line with inflation, but this will decrease in future as part of financing the National Health Insurance.
Sugar tax, though marginally less than initially mooted, will be implemented later this year, and at the rate of 2.1c per gram for sugar content more than 4g per 100ml, we may see 330ml of Coca-Cola costing about 77c more than before.
The proposed carbon tax and its date of implementation will be considered in Parliament later this year.
Click here for detailed information on the 2017 Budget.
ARTICLE: NICKEY LE ROUX, MOSSEL BAY ADVERTISER NEWS EDITOR
'We bring you the latest Garden Route, Klein Karoo, Hessequa news'