MANY premium vehicle manufacturers have a performance division; a centre, dedicated to making an ordinary car fast and rather mean looking. BMW has the M Division, Audi has Quattro GmbH and Mercedes-Benz has AMG but what about the Swedes? Well, Volvo has ignited a performance wing called, Polestar, and from what we’ve seen in the V8 Supercars Championship, this lot means business! 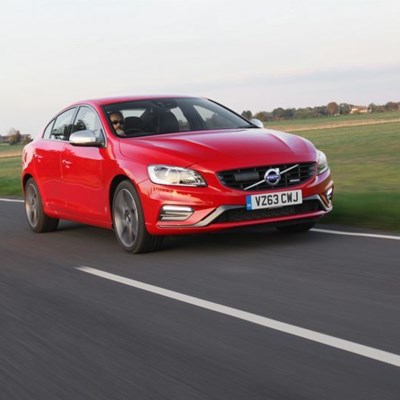 When I received an S60 to test I assumed it was just a regular model with the R-Design body kit. That was until I noticed that little blue square pasted on the car’s rump with the word, “Polestar” etched in a small white font. Understated? Absolutely. Effective? Definitely. You see, what I received was an S60 with the Polestar software upgrade. This is a R10 500 conversion which doesn’t affect your warranty and can be installed by the owner after purchase. In this instance, the upgrade raises power from 158kW/440Nm to 169kW/470Nm.

So this is a performance diesel from Volvo; sounds a bit out of character but it certainly leaves the right impression both inside and out. The R-Design accents provide you with enough visual stimulation to justify to your mates that you need a performance diesel Volvo. Speaking of performance, I wouldn’t venture as far as to say the D5 Polestar is a fast car; perhaps the old motoring cliché “brisk” most aptly describes its progress.

Two things hamper its performance: its hefty weight and its gearbox. While the Geartronic is smooth while cruising and commuting, it’s simply too slow to react at times when called upon to act with vigour. There’s a satisfying rumble from its five-pot oil burner though, which dominates the driving experience, and there’s a massive lump of torque that hauls you along. It’s all quite effortless.

The fuel consumption - when the car was dropped off its range - suggested 980km left to reserve. The claimed consumption figure of 5.9-litres/100km and a 67.5-litre fuel tank means your cruising range is well over 1 000kms. I managed around 7.2-litres/100km during my time with the car which I felt was very good in a well over two-ton vehicle.

There were several instances where I found the car’s infotainment system to be lacking; Bluetooth (now with audio streaming) for instance, was delayed when given a command while there was a slight delay while scrolling through the menus. I suspect a software upgrade will remedy this while I have read about the Sensus Connect in-car integration system which is an option on this model. This allows for the use of apps with the car’s infotainment system as well as the ability to browse the Internet which might be a worthwhile option to tick.

The most important aspect of any Volvo is safety and my test unit had an array of features. The Driver Alert Control (DAC) tells if you’re tired, with the use of a camera. It will then warn you to take a break or pay attention. There were also the Active High Beam (AHB) lights which mean never having to blind someone with your brights as the lights are always one full beam, but designed to provide lighting without a blinding beam to oncoming traffic.

The Cross Traffic Alert (CTA) system helped in parking areas where I couldn’t see where I was reversing. It uses radar sensors to detect objects approaching the rear end of the car. I also found the radar-based Blind Spot Information System (BLIS) very useful as it alerted me to any approaching vehicles up to 70 metres behind me.

Overall, the D5 Polestar did not really live up to my high expectations of this newly found performance stable. But at the same time this was just a regular S60 with a software change and not the full fat Polestar models we’ve written about before. So, with that in mind, my perception of the car changes to one of positivity. It’s a big, soft, good looking, safe, tech-laden, open-road cruising machine. The Polestar badge at the back serves to remind you of your increased overtaking ability and street cred.