It’s that Dakar time of the year

MOTORSPORT fans around the world love this time of the year as one of the world’s toughest endurance events, the Dakar Rally takes place. The event is one stage in and is already providing more drama than a daily soap opera. 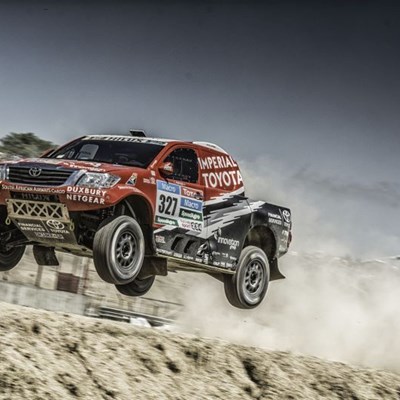 In the bike category is was Brit Sam Sunderland who claimed the first stage victory over Portugal’s Paulo Goncalves while KTM favourite Marc Coma finished the day just over a minute behind in third position.

But it was the car category that everyone was talking about with defending champ and Mini driver Nani Roma whose Mini broke down just ten kilometres into the opening section.

The assistance truck had to help him repair it only for it to break down again later. All in all he lost over 7 hours, ending his hopes at a repeat Dakar win.

It wasn’t all doom and gloom in the Mini team though as Orlando Terranova took the stage victory with Gordini driver Robby Gordon taking second and our own Giniel De Villiers taking third on the day in his Toyota.