THE BMW 5 Series, considered by many to be the current leader in its segment, is undergoing a lifecycle impulse (BMW speak for facelift) to make it even more attractive to the public. 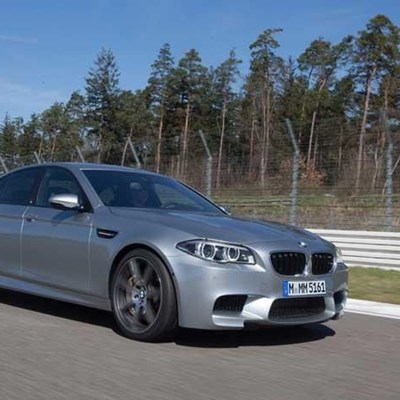 Styling upgrades include additional contour lines for the surround of the kidney grille and newly structured lower air intakes. At the rear there is an extra crease in the apron as well as slimmer, more sharply contoured rear lights.
The Gran Turismo boasts a modified front apron, while the rear has been restyled to create an impression of being longer and lower to the ground.

Xenon headlights are fitted as standard on all models, while adaptive LED headlights take their place on the options list for the first time alongside LED fog lamps. Elsewhere, the side indicator lights are integrated into the exterior mirrors. Also new in the 5 Series are the BMW Luxury Line and BMW Modern Line packages, containing exclusive design and equipment features. An M Sport package tailored to each model variant can also be specified.

The control display of the standard-fitted iDrive operating system is now bordered by chrome trim in the sedan and Touring. The storage compartments and cup holders in the centre console of these models have increased in capacity. A revised rear section increases the boot capacity of the new GT by 60 litres to 500 litres.

The engine line-up is mostly carried over as is, but with improvements in fuel economy and emissions all round. In addition to brake energy regeneration, the auto stop/start function (also fitted in conjunction with the eight-speed automatic gearbox), Optimum Shift Indicator and ECO PRO mode, the suite of standard-fitted BMW EfficientDynamics technology now also includes a coasting mode.

The top-of-the-line engine available for the 5 Series is a new V8 with TwinPower Turbo technology developing 330kW. The ActiveHybrid 5 is carried over as is, but a few tweaks have been made to the intelligent energy management.

As a luxury car, the 5 Series retains its impressive list of standard feature, but a host of options can be ordered to suit the needs of a particular customer. The all-new Comfort Access system allows the tailgate to be opened and closed hands-free by moving your foot underneath the rear apron.

The manic M5 has also received a few minor tweaks to cement its place at the top of the performance-saloon pile.

Power output stays exactly the same, but customers now have the option of choosing a Competition Package, which further boosts engine and handling performance. Engine power is raised by 11kW to 423kW. Carbon-ceramic brakes can also now be specified as an option.

The revised M5 package includes a few subtle changes to the exterior and a touch of exclusivity to the interior.

The facelifted BMW 5 Series and GT will be available in South Africa from October.