I DISCOVERED another type of fear recently… I was handed the keys to a R1.8 million Audi and then a week later, a R1.5 million Mercedes-Benz S-Class; both cars had a fair amount of additional kit to inflate their respective prices. I was literally living in fear that someone may bump or scratch these cars’ exquisite paint jobs. 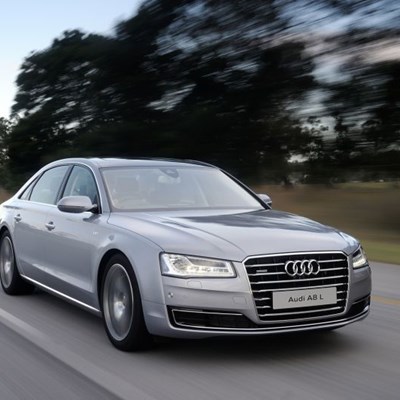 The cars in question were the new Audi A8L and the Mercedes-Benz S400 Hybrid. The Audi recently went under the knife and received more power, better fuel consumption, improved interior noise levels and the very latest in lighting technology. Then we have the all-new Mercedes which is the self-proclaimed, “Best Car in the World!”

→ What makes these cars unique?

One of the most interesting features of the Audi are the Matrix LED lights (R38 180), which, under  high-beam, comprise 25 individual light-emitting diodes per unit that can be switched on and off, or dimmed individually depending on the situation. That means the lights adjust to avoid blinding oncoming drivers while there’s a cornering light function too. The best part of the lighting is where the car makes use of the navigation system to adjust the distribution of light, according to your driving situation.

The S-Class also has quite a party trick up its cuff-linked sleeves in the form of the Magic Body Control system, which utilises a camera in the windscreen to detect road surface undulations in advance. The suspension then compensates for the bumps for a smoother ride. It really works as the S-Class is the most comfortable vehicle I’ve ever driven.

→ What’s behind the badge?

The ‘L’ at the end of the A8L’s badge stands for long wheelbase. I didn’t think the standard car was exactly hard-up for space in the rear, but here we have an extra 13cm added to the wheelbase. Cavernous is but one word to describe the rear quarters; it really does have enough leg room for Shaquille O’Neal.  At hand is a dedicated infotainment set-up for rear passengers. There’s a long wheelbase version of the Merc but that’s really overkill as there’s more than enough room for anyone in the opulent, leather-stitched rear section of the S400.

→ How does it make you feel?

The Audi feels like a cigar lounge, without the smell of Cuban tobacco, but with a fantastic leathery-wood scent. My test unit had the Audi brass beige design selection which I felt may not age well with its light hue, but there’s no denying - it looked good.

The Merc, on the other hand, has a different kind of class and made me feel more like I was in the Slow Lounge at the airport; absolutely comfortable and thoroughly modern in terms of its ergonomics and layout.

They both feel quite agile; the Audi more so, thanks to the quattro all-wheel-drive and sport differential for the rear axle. The S-Class doesn’t feel in a hurry to do anything, although in Sport mode it does shuffle along quite well. This is really more for cruising in absolute comfort.

The Audi has a monster under its bonnet. The 4.2 TDI produces 283kW and, wait for it… 850Nm of torque through an eight-speed tiptronic transmission which makes it a very fast car indeed. Powering the S400 is a 3.5-litre V6 petrol engine paired to a lithium-ion battery pack. The electric motor means all-electric driving in traffic and instant torque too, while the V6 provides a characterful soundtrack.

The powertrain in the A8 really gives you that kick-back into the seat. Luckily, the seats are really very comfortable and feature several massage settings. That means you can destroy hot-hatches at the traffic lights while having a back rub and listening to Beethoven’s Fifth on the standard Bose audio system.

In the S400 there was a Burmester 3D sound system; the quality of the sound is so good that the loudness, in a way, is difficult to describe. It’s not deafening, yet far louder than any other system I’ve experienced. There are so many settings to play with too, meaning your musical experience is always different.

I would delve into the fact both are reasonable on fuel and that I achieved around 9.5 litres/100km in the Audi and just over 11.0 litres/100km in the Mercedes, but at the end of the day - if you can afford a sub-R2 million vehicle - I don’t think consumption would be top of your priorities list.

There’s a lot to be said about both cars and in my opinion at least, we are looking at two very different ways of producing a luxury car. If I were driving my luxury barge I would have the Audi. It’s more dynamic, slightly harder, and more fun to drive yet less sophisticated. If I were being driven around, it would have to be in the S-Class as there’s truly nothing that rides as well or provides as much cutting-edge technology for the money, as Merc’s latest flagship. 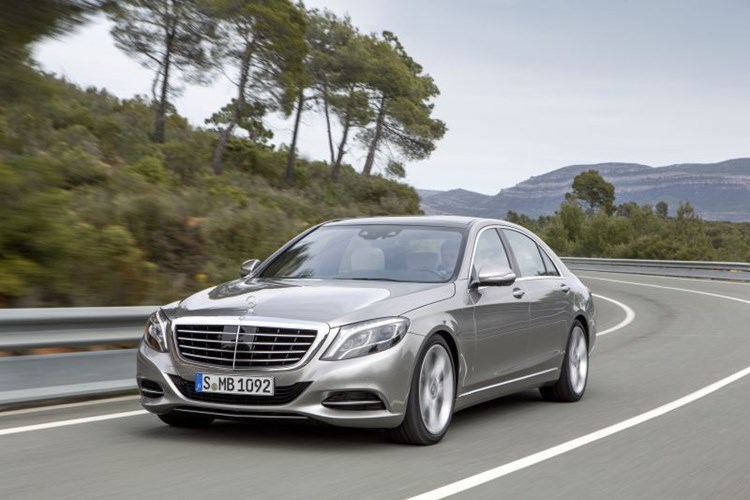