Kitesurfing at 80: Ex-Olympic gymnast keeps on the move

Out on the water, he glides, he soars, he falls - but he always gets back up. His hobby takes him far from the retirement homes and bridge games frequented by many his age.

But then again, Heikkinen has always lived an active life. In 2000, at the age of 63, he introduced kitesurfing to Finland.

"I started kitesurfing in 2000, before that I did windsurfing for 20 years," the Finn told AFP.

With his icy blue eyes and taut physique, the former gymnast needs only a brief warm-up before he gets out on the water near Vaasa in western Finland.

Whether the ocean is frozen on a winter's day or it's a glorious spring day in May as during this training session when the wind is blowing 25 knots, the octogenarian sails through the air, mastering his moves like an athlete half his age. 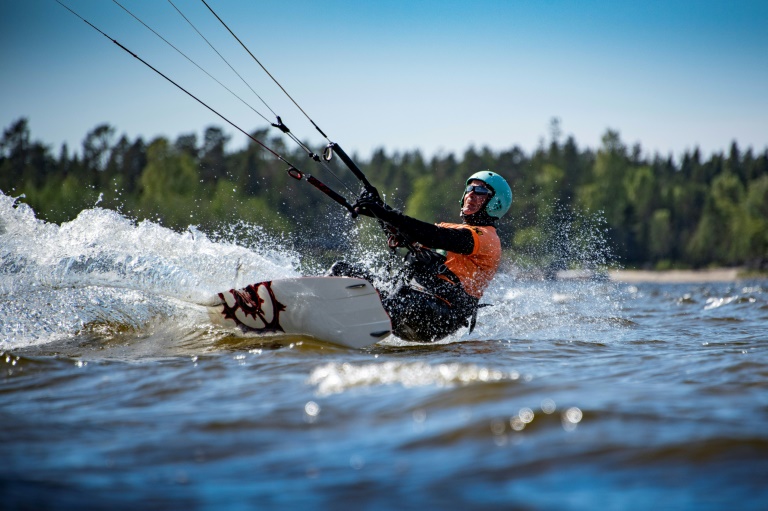 Heikkinen, 80, says daily exercise is the secret to a long life.

After a long gymnastics career that took him to two Olympic Games - Rome in 1960 where he finished 6th and Tokyo in 1964 where he came in 40th - Heikkinen said the idea of not exercising was unthinkable.

"After my Olympic years I never stopped being active, doing sports. Being active keeps me in shape. That's my secret, exercising and eating healthily," he explained. 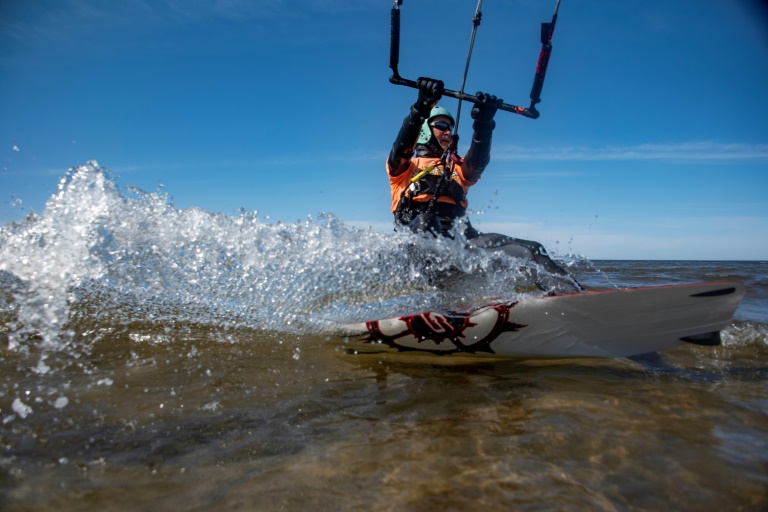 Heikkinen says he did windsurfing for 20 years before taking up kitesurfing.

"After my career, I became the women's national gymnastics coach. And then I felt like using all this experience to do fun things ... for me."

For many years, he spent a week or two skiing in the Dolomites in Italy, and he still does a bit of Telemark. 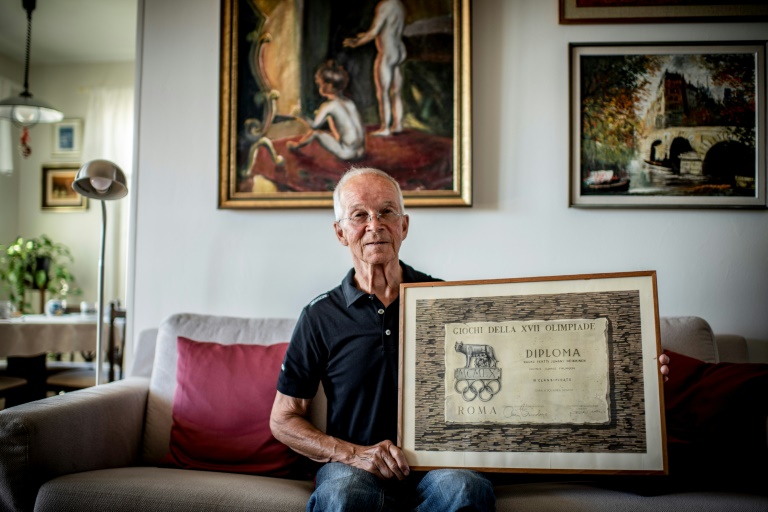 Kauko Heikkinen, 80, poses with his participation diploma at the 1960 Rome Olympic Games, at his home in Vaasa, western Finland.

"I exercise everyday, basically, doing about 40 kilometres (25 miles) of biking a week, and some swimming and a bit of gymnastics two or three times a week."