Inside a bar in Seville, a hidden 12th-century hammam is found

The hamman workers uncovers dates back to the 12th century.

LIFESTYLE NEWS - They had only just begun renovating the bar in Seville when they made a startling discovery: the building housed a perfectly preserved 12th-century hammam, its walls covered with beautiful paintings.

What tipped them off was a star-shaped skylight that emerged within the first few blows of a hammer when the work first began inside Giralda, a bar in the heart of this southern Spanish city.

The discovery was "completely unexpected", explained Alvaro Jimenez, the archaeologist assigned to monitor all such renovation works undertaken near Seville's Cathedral, a protected area. 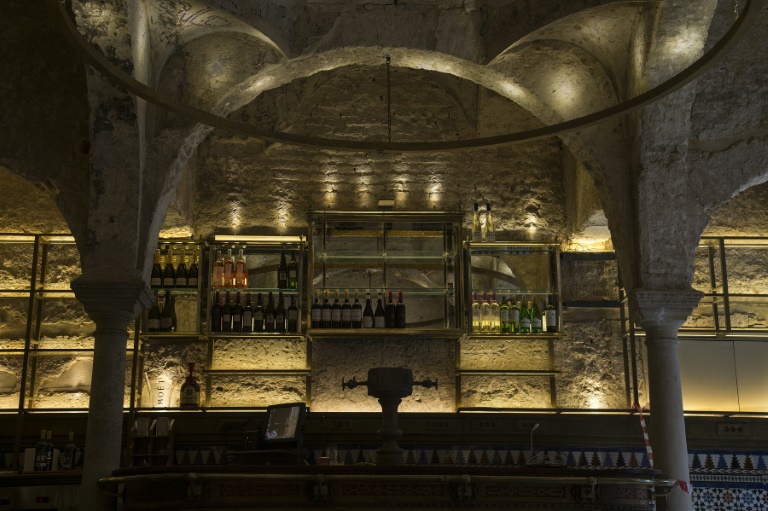 The thermal baths along with their artwork, sculptures and wall fittings were perfectly preserved.

In total, they uncovered 88 skylights, star-shaped and octagonal, in the roof of this Moorish-styled bar with tiled walls that takes its name from La Giralda - once the minaret of the Great Mosque that now serves as the Cathedral's bell tower.

And there was more to follow, with workers uncovering beautiful artworks on the walls of the room, which measures 200 square metres (2,100 square foot), as well as the former hammam's warm, hot and cold rooms.

More than 800 years old, the thermal baths along with their artwork, sculptures and wall fittings were perfectly preserved.

That was thanks to the work of an early 20th-century architect called Vicente Traver who carefully hid it away when installing two extra floors.

"We thought the architect had destroyed it but we realise now he saved it," Jimenez told AFP. 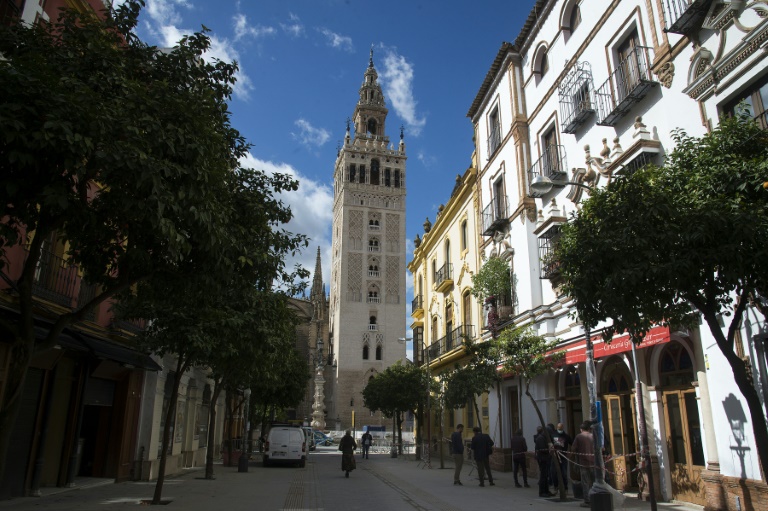 The bar is located in the southern part of the city that the 12th-century Almohad dynasty used as a centre of power.

"He saved what he found and preserved it for the future."

Conquered by the Almohad dynasty in 1147, Seville was one of the two capitals of their empire alongside Marrakesh, in what is now Morocco.

"Seville Cathedral is built on the remains of the Almohad Aljama mosque, the construction of which began in 1172, and which was inaugurated in 1198 with the completion of the minaret, La Giralda," he said. 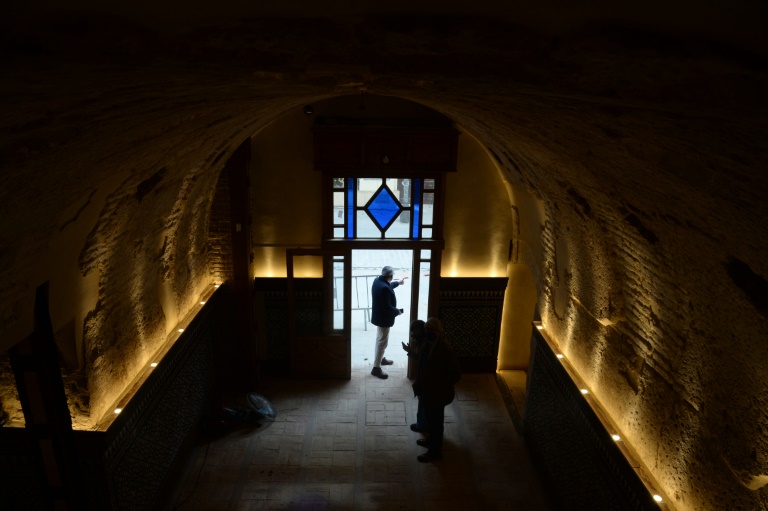 The bar, soon to reopen, has been transformed into a living museum.

"The baths are located in the southern part of the city that the Almohads transformed into their political, religious and economic centre."

The bar, which will reopen soon, has been transformed into a living museum, completely restyled to reflect its history: a place to reflect on the Islamic artwork and architecture, as the city's residents would have done eight centuries ago.