US orders diplomats out of Myanmar as violence spirals

The US State Department is ordering the departure of "non-emergency US government employees and their family members" from Myanmar.

Daily protests demanding the restoration of the elected government have been met with a military crackdown that has left more than 520 civilians dead in the weeks since the February 1 coup.

The junta's violent response has triggered international condemnation - and threats of retaliation from some of Myanmar's myriad ethnic armed groups.

The US State Department said it was ordering the departure of "non-emergency US government employees and their family members".

The decision was taken to protect the safety and security of staff and their families, the State Department said.

But the pressure has not swayed the generals. Saturday, the annual Armed Forces Day, saw the biggest loss of life so far, with at least 107 people killed.

The spiralling bloodshed has angered some of Myanmar's 20 or so armed ethnic groups, who control large areas of territory mostly in border regions.

Three of them - the Ta'ang National Liberation Army, the Myanmar Nationalities Democratic Alliance Army and the Arakan Army (AA) - on Tuesday threatened to join protesters' fight unless the military reined in its crackdown. 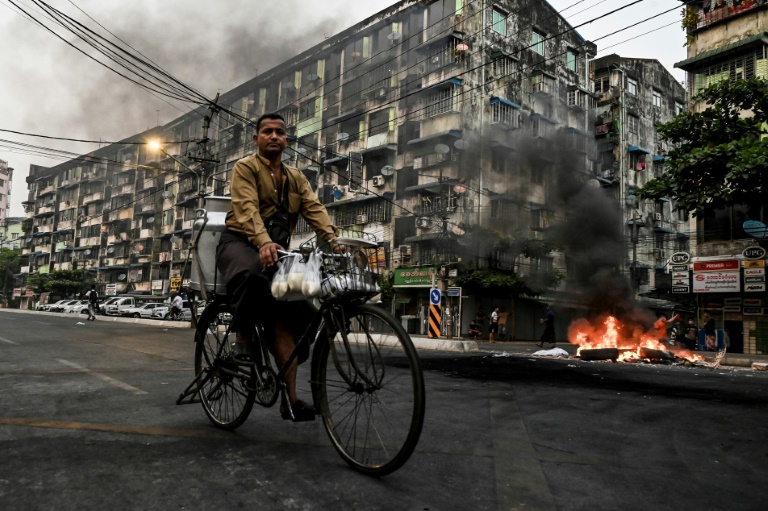 More than 520 civilians have died as the military cracks down on anti-coup protests in Myanmar.

While the trio has yet to act on their warning, two other outfits - the Karen National Union (KNU) and the Kachin Independence Army (KIA) - have stepped up attacks on military and police in recent days.

A police station in Bago was reportedly hit with a rocket attack that injured five officers on Tuesday, though it was not clear who was responsible.

The KNU, one of the biggest rebel groups, took over an army base in eastern Kayin state at the weekend, prompting the military to respond with air strikes.

Further strikes were launched on Tuesday, but Padoh Saw Taw Nee, the KNU's head of foreign affairs, said the group would continue its position of "strongly supporting people's movement against (the) military coup".

The KNU's Fifth Brigade put out a statement on Tuesday condemning the air strikes and warning it had no option but to "confront these serious threats" posed by the military.

Around 3,000 people fled through the jungle to seek safety across the border in Thailand after the weekend strikes.

The Thai foreign ministry said late Tuesday about 2,300 have returned to Myanmar, while about 550 remain in Thailand.

Karen activists have accused the Thai authorities of pushing people back and accused them of blocking UN refugee officials from the area.

Thai Prime Minister Prayut Chan-O-Cha insisted that there was "no influx" of refugees and that the kingdom's authorities had not "scared them off with guns or sticks".

Some Karen people injured in the weekend strikes sought medical treatment Tuesday on the Thai side of the border - the most serious case was a 15-year-old with a collapsed lung and broken rib. 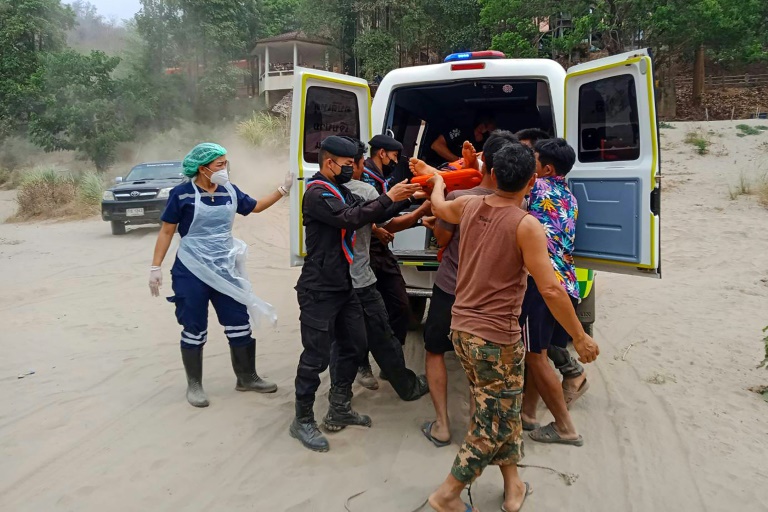 Around 3,000 people fled Myanmar through the jungle to seek safety across the border in Thailand after weekend strikes.

Thai police said they had intercepted 10 parcels containing 112 grenades and 6,000 rounds of ammunition in northern Chiang Rai province that had been destined for Myanmar's notorious border town Tachileik.

The UN Security Council will hold an emergency session on Myanmar on Wednesday, requested by former colonial power Britain.

The 15 members will meet behind closed doors, beginning with a briefing from the UN's special envoy on Myanmar, Christine Schraner Burgener.