Fears that diseases as mild as the common cold could kill off the tribe has left them in a guarded bubble.

INTERNATIONAL NEWS - The body of American missionary-adventurer John Allen Chau may never be recovered from the lost island where he fell in a volley of arrows fired by a reclusive tribe whose existence is threatened by the modern world, say experts.

The menace to the Sentinelese from Chau's one-man invasion is such that tribal rights specialists say no murder charges will ever be laid and Chau's body will have to stay hidden to protect what is probably the world's last pre-neolithic tribe.

Indian authorities - who do not dare enforce their rule over North Sentinel island - have not even tried to send police ashore to question the tribe who have been greeting outsiders with hostility for centuries.

Police sent a boat near North Sentinel for the second time since the killing on Friday.

"Due precautions were taken by the team to ensure that this particularly vulnerable tribal group are not disturbed and distressed during this exercise," said a police statement.

Fears that 21st century diseases as mild as the common cold could kill off the tribe, or that experiencing electricity and the internet would devastate their lifestyle, has left them in a guarded bubble that Chau sought to burst with his "Jesus loves you" message.

The American died last week after making several attempts to reach the Sentinelese to preach Christianity - knowing it was illegal to go within three miles (five kilometres) of the island.

Double dilemma
Pankaj Sekhsaria, a tribal rights expert and author on the Andaman and Nicobar islands, said it would be "a futile exercise" to try to retrieve Chau's body.

"I don't think it is a good idea to go anywhere near (North Sentinel) because it will create conflict with the community there," he told AFP.

"I don’t believe there is any safe way to retrieve the body without putting both the Sentinelese and those attempting it at risk," added Sophie Grig, senior researcher for Survival International which campaigns for such isolated groups.

Anup Kapoor, an anthropology professor at the University of Delhi, said that anyone wanting to open a dialogue with the Sentinelese had to show they were "on the same level." 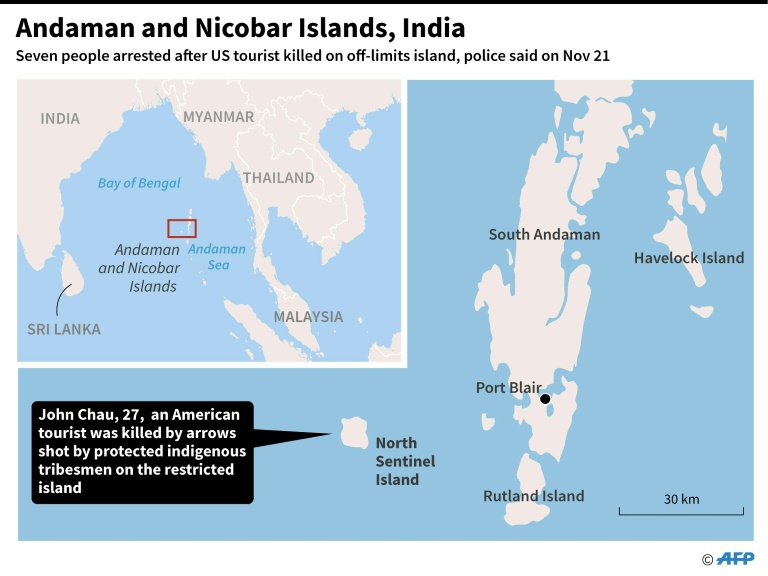 "Don't wear anything," he recommended. "Only then you can hope to have some sort of interaction."

Kapoor once had contacts with the Onge, another Andamans tribe, adding: "It was only after I took off my clothes, except my underwear."

The lack of knowledge of the Sentinelese, believed to be the last surviving descendants of the first humans to arrive in Asia - and who 13th century adventurer Marco Polo called "brutish and savage" - is the main handicap.

"We have no clue about their communication systems, their history and culture, how can we go anywhere near them," said Kapoor.

"What we know is that they have been killed and persecuted historically by the British and the Japanese. They hate anyone in uniform. If they see someone in uniform, they will kill him on the spot.

"Let them be the way they are. Leave them in peace in the ecosystem they are in. Do not disturb them because that will only make them more aggressive."

No timeline
Police in the Indian Ocean paradise are now wrestling with a double dilemma: how to answer the prayers of Chau's family and maintain the privacy around North Sentinel that is essential for the tribe's survival.

Andamans police chief Dependra Pathak has said no timeline can be given for finding a body.

And Sekhsaria warned Indian authorities may now have to strengthen surveillance around North Sentinel to prevent a Chau copycat.

"The administration is seized of the matter, they are already thinking about the surveillance," he said without giving detail. 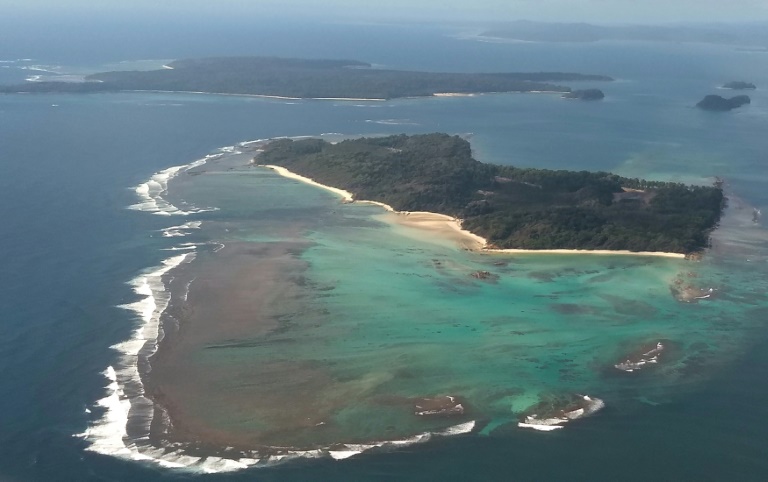 A lack of knowledge of the Sentinelese, who 13th century adventurer Marco Polo called "brutish and savage", is the main handicap to recovering a body.

Indian outsiders have had a rough reception when going to North Sentinel. Arrows were fired at a helicopter that checked on the tribe after the devastating 2004 Indian Ocean tsunami. Two fishermen who strayed too close in 2006 were killed.

Police are talking with anthropologists and tribal welfare experts about the best way to establish contact.

The Anthropological Survey of India has had previous rudimentary contact.

"When we went there, nothing happened," said the survey's Andaman chief C. Raghu. "Our seniors visited the island and they came back. It is because we are experts and know the pulse of the people.

"It's not just the risk of disease. You also have to think of how to handle yourself, what to say and what to share with them. To them, whoever gets there is from the outside, new world."