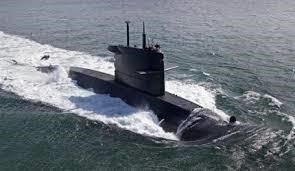 Generic image
INTERNATIONAL NEWS - A mysterious "foreign vessel" the Swedish military have been searching for off the coast of Stockholm might belong to the Netherlands, a source in the Russian defence ministry was quoted as saying on Monday.

"To remove tensions in the waters of the Baltic Sea and to save money of the Swedish taxpayers we would recommend (Sweden) to turn to the naval command of the Netherlands for an explanation," a source at the defence ministry in Moscow told Russian news agencies.

The source said that the Dutch diesel-electric submarine Bruinvis was carrying out tasks near Stockholm last week.

It was in the Estonian capital of Tallinn on Friday and was expected to return on Monday, the source said.

Swedish media reported over the weekend that a Russian U-boat might be in trouble around islands off Stockholm, but the Swedish military said on Sunday that it was not possible to determine the nationality of the vessel.

The Russian defence ministry was not immediately available for comment.