Although the road itself is seen as safe if driving responsibly, the task team is in the process of putting up safety measures in an attempt to prevent people from driving over the edge of the cliff.

The wreck of Mazda that was recovered on Sunday morning 21 February. Photo: Salette Cloete

GEORGE NEWS - The possible temporary closure of the Voëlklip road has led to heated discussions on various social media platforms in the last couple of days after yet another vehicle went over the cliff at Hansie se Bank recently.

And while some agree with the closure and others don't, there is no doubt that something has to be done to avoid possible future deaths at the breathtaking viewpoint.

Following a site visit by George Mayor Leon van Wyk, members of the mayoral committee, various officials and role players, a task team was established earlier this month to look at options to address issues pertaining to the road.

Earlier this week, after a white Mazda with two elderly women drove over the edge on Saturday 20 February, the task team asked Province that the road be temporarily closed for traffic until construction of barriers or other forms of barricades have been erected at hotspots along the road. 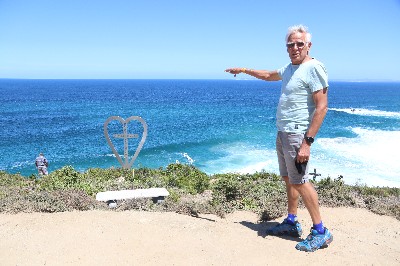 Eyewitness Chris Hattingh points in the direction in which the white Mazda went over the cliff. Photo: Kristy Kolberg

Although the road itself is seen as safe if driving responsibly, the task team is in the process of putting up safety measures in an attempt to prevent people from driving over the edge of the cliff.

According to Ken Field of the Herold's Bay Residents and Ratepayers Association, who is also part of the task team, the reason for application for temporary closure is to avoid any further incidents in the near future.

This planned closure will not be permanent, but will only be implemented during construction of barricades. They are however still awaiting feedback from Province regarding the request.

In the meantime the so-called parking area at Hansie se Bank, the viewpoint about 1km from Voëlklip, was closed off with huge boulders on Tuesday 23 February.

This comes after the second vehicle within a month plummeted down the cliff at the same spot where Heidi Scheepers (35) and her two children, Cozette (6) and Hugo (2), lost their lives when their VW Caravelle went over the edge in 2019 and where, on Thursday 21 January, a mother (34) from George and her daughter (2), went over. 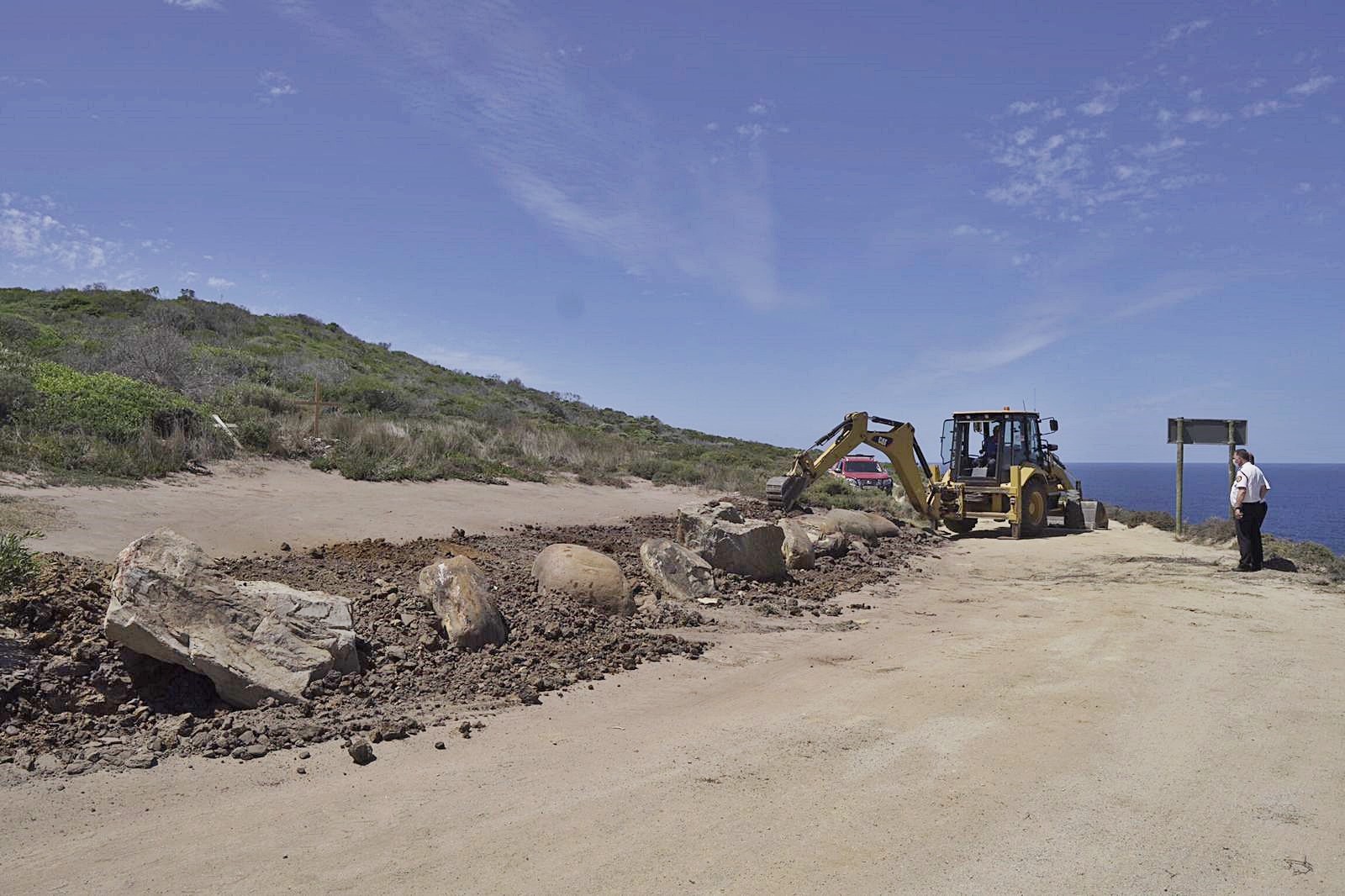 A part of the road at Hansie se Bank was closed off on Tuesday morning with big boulders and sand.  Photo: Riana Pienaar

Two firearms, registered in their names, were also found in the vehicle. According to information both ladies were residents at an old age home in the Krugersdorp area.

The names of the victims are known to the police, but by the time of going to print they could not release the identities as the bodies still had to be identified by next of kin.

An eyewitness, Chris Hattingh, who was walking his dog with his granddaughter on Saturday afternoon at approximately 18:45, said they heard what sounded like two shots being fired before they saw the vehicle going down the cliff.

"We heard the shots and ran towards the car that was going eerily slowly down the hill before it picked up momentum and went over the edge of the cliff," he said.

Southern Cape police spokesperson, Sgt Chris Spies, confirmed that the weapons were sent for ballistic tests but said they could not at this stage confirm whether any shots had been fired from them.

A Facebook page, Save Voëlklip, has also been established by members of the public in an attempt to somehow secure the road without it being closed permanently. 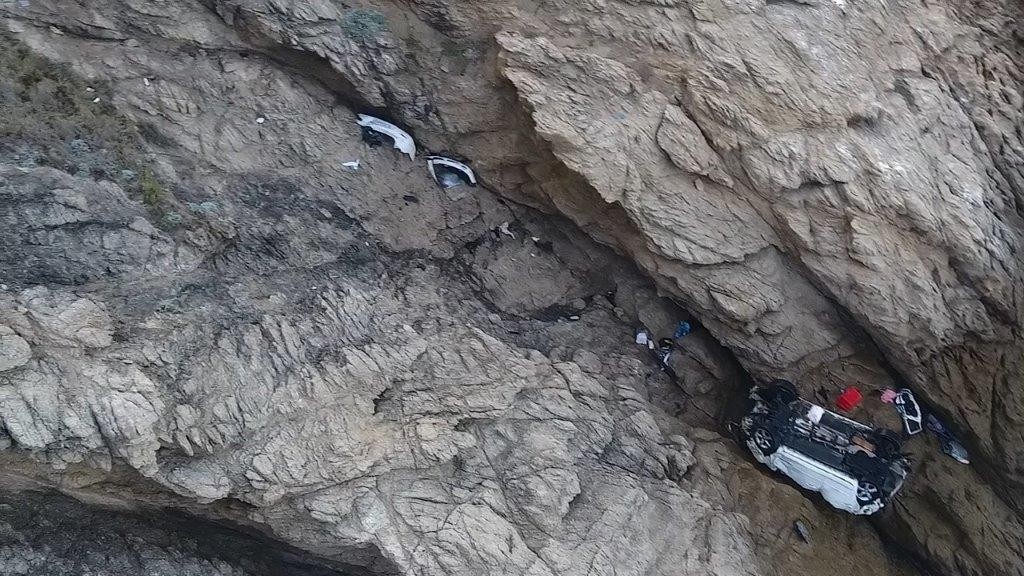 The white Mazda at the bottom of the cliff. Photo: Wynand Britz