The raising of the actual dam wall is progressing steadily and is about 70% completed.

GEORGE NEWS - Construction for the raising of the Garden Route Dam spillway commenced on 13 May 2019 and the contractor is on schedule to complete the works within the 10 months contract period.

To date, the blinding layer comprising of 700 cubic meters of mass concrete has been completed. The drainage channel in the basin has taken shape within this mass concrete layer.

Approximately 85m of under-floor drains have also been placed.

The raising of the actual dam wall is progressing steadily and is about 70% completed with the contractor having placed approximately 7 500 m3 of suitable fill material that was excavated from the dam basin on the MTO Forestry and Nelson Mandela University side of the dam.

Almost 1000 m3 of rock “rip-rap” has been placed on the upstream side of the dam wall. This rip-rap is needed to prevent erosion of the earth embankment of the dam wall and manage wave action.

In the region of 60 holes have been drilled and grout will be forced in through these holes under extreme pressure to fill up any voids in the rockbed below the concrete base of the spillway.

The first batch of 27 tons of reinforcement has been delivered to site and work can commence on the base on the eastern side, as soon as the pressure grouting has been completed and the rock anchors installed. 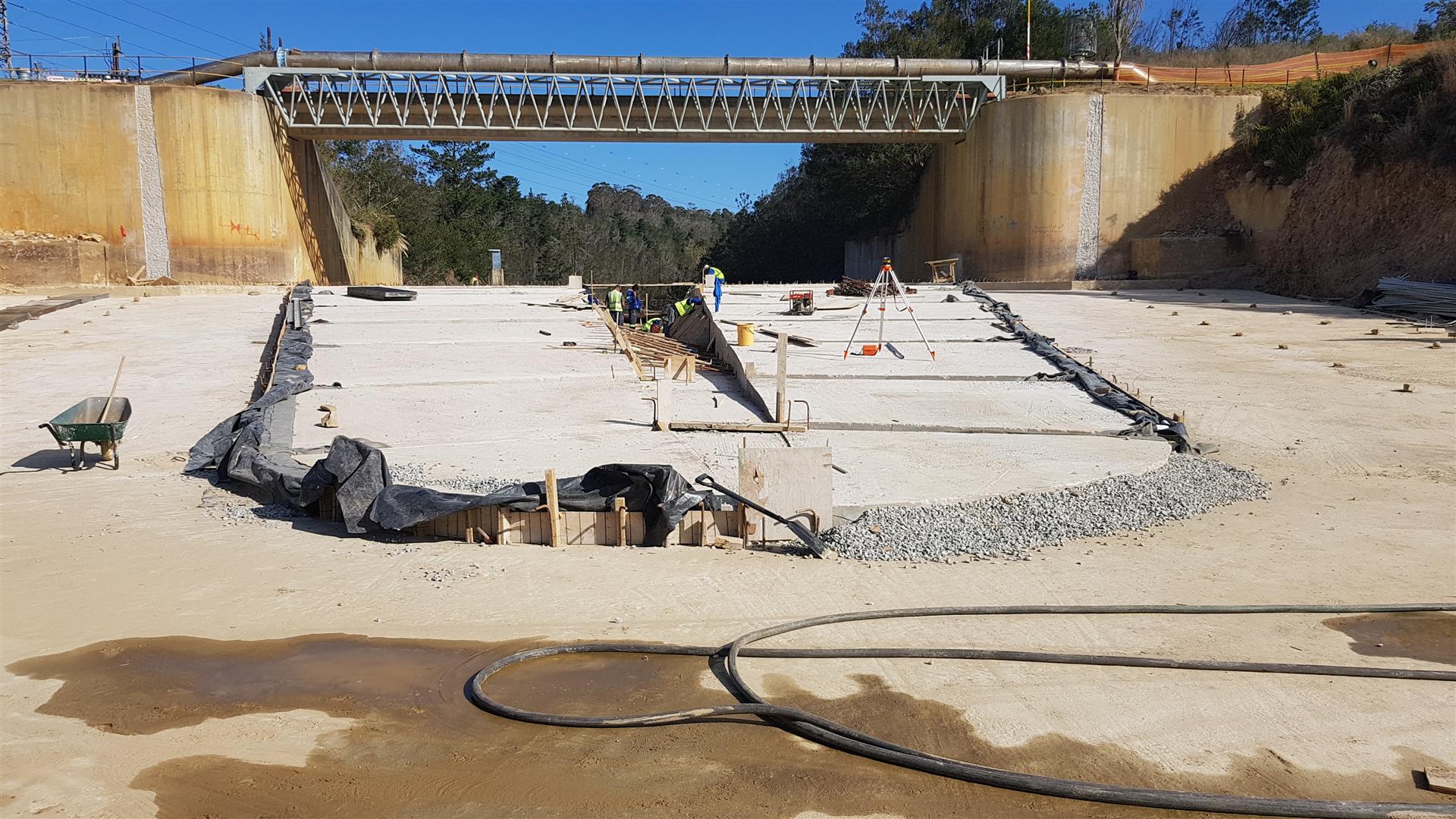 The old spillway wall was demolished to make way for water to flow down the new spillway when the dam is full. Photos: Supplied

The contractor has also started erecting the concrete formwork for the eastern spillway base.

The public is reminded that unauthorised access to the construction site is strictly prohibited to ensure the safety of the public. Heavy construction vehicles are operating on both the MTO/NMU and George side of the dam wall.

The required signage is in place to warn the public that the area is a construction site and only authorised persons are permitted to access this area, wearing the correct safety clothing. A recent very near collision between a motorcyclist and a heavy truck within the restricted area is regarded in a very serious light.

The Municipality sincerely thanks residents for adhering to the restrictions, as this allows construction to continue without undue additional safety risks. All enquiries must please be referred to the George Municipality for comment and feedback to Gvanniekerk@george.gov.za