GEORGE NEWS AND VIDEO - It was all action and noise on Tuesday at the Garden Route Dam where the raising of the spillway and dam wall is fully underway. An informal ceremonial launch was held with George Mayor Melvin Naik doing the honours of turning the sod.

Excavation for the building of the new horseshoe-shaped overflow and groundwork for raising the wall was in progress. Contractors, consultants and municipal officials were there to share in the moment.

Naik said water is a resource without which the city cannot move forward. "Without it we will not be able to do anything. We do not know what climate change holds for us and we are now making provision for that."

The cost of the project is R20,6-million and the contractors aim to complete it by middle December, weather conditions permitting.

Municipal engineer Lindsay Mooiman, who was involved in the planning of the project from the very beginning, was relieved that construction has started.

"The application for the project to the Department of Water and Sanitation was submitted on 12 December 2008. It is an incredible moment to see construction actually happening. This is a critical project for the city, considering the impact on George and its future water security. There has been wonderful cooperation from all the different role players and departments."

Dam specialist from Aurecon Alan Shelly explained that the new spillway weir, in the shape of a horseshoe, will have its crest 2,5m above the original spillway, which is being demolished to make space for the water to pass down the new spillway when the dam is full.

A reinforced concrete slab will line the basement of the new spillway to prevent water rushing over and eroding underlying rock. "It is going to be quite spectacular. There are not many of these in the world. The only other one in the country that I know of that is similar, is the Injaka dam in Mpumalanga," said Shelly.

The dam embankment (wall) is also being raised by 1,8 metres, which will provide enough freeboard so that water does not wash over embankment during times of flooding.

The current volume of the dam is 10 million m³ and it will be increased to 12,5 million m³. 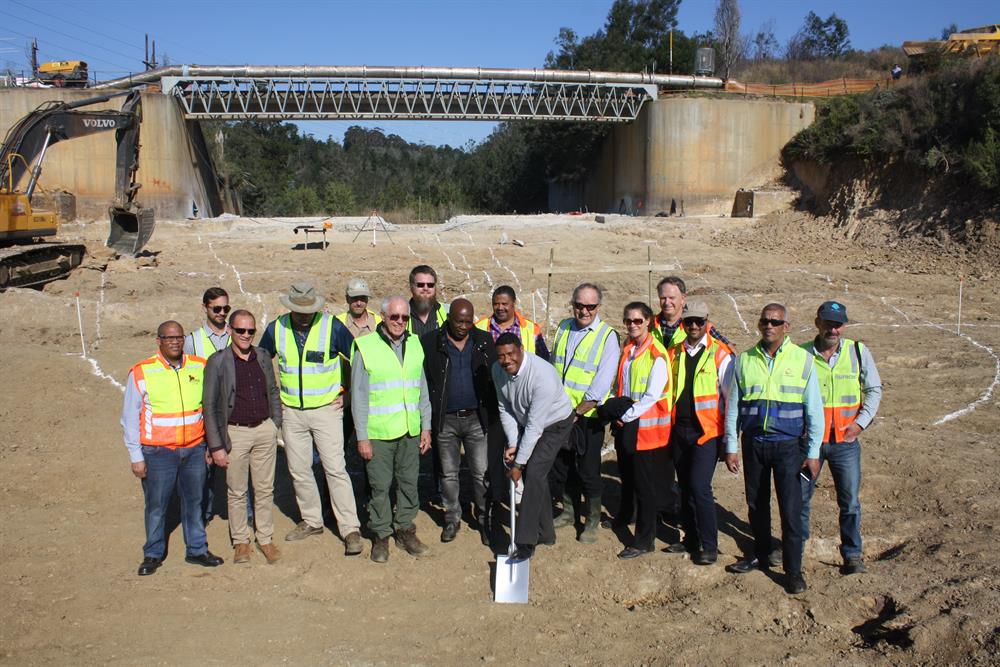 George Mayor Melvin Naik (centre front) did the turning of the soil. The group is standing in the area where the new U-shaped weir will be constructed.

The site and an extended area surrounding the dam is closed to the public for safety reasons.

Responding to a complaint by a cyclist who questions the necessity to prohibit access to such a wide area around the construction site, municipal spokesperson Chantel Edwards-Klose said the heavy vehicles and dangerous equipment will be present throughout the area. "Please do not be tempted to ignore signage when it looks like a site is not active. Areas where work is underway may be unstable and should not be entered just because workers or equipment are not visible." 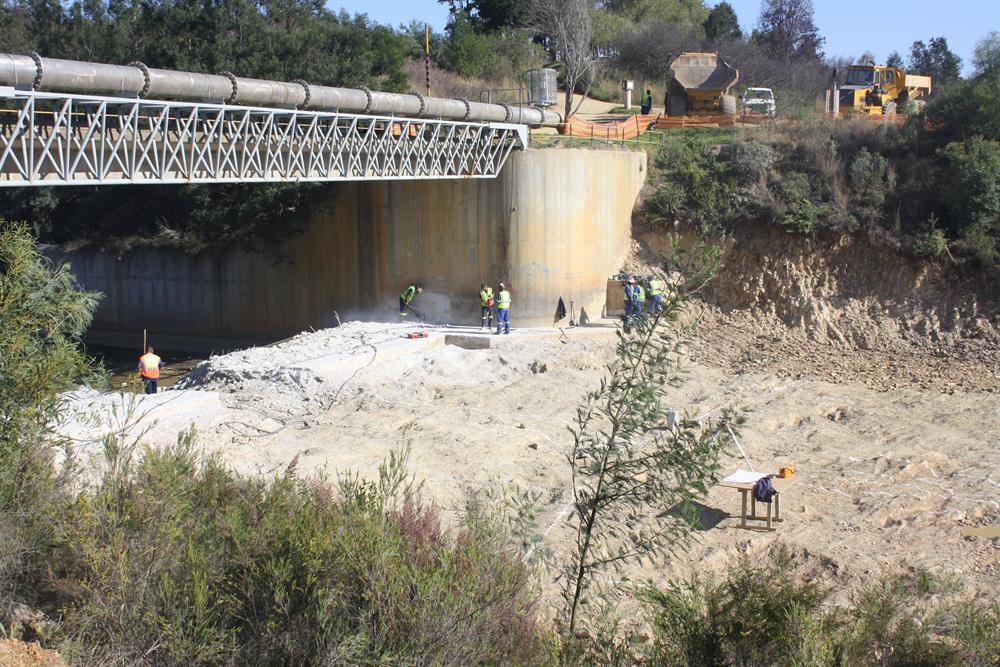 The old spillway wall is being demolished to make way for water to flow down the new spillway when the dam is full. Photos: Alida de Beer

Maybe the dam should be kept as is.