Roadworks in Caledon Street at an earlier stage.

GEORGE NEWS - George Municipality has been upgrading GO GEORGE bus route roads to ensure that both the layers and the road surface are sound for the additional traffic over the long term. Caledon Street is a top priority to be fully completed and open to normal traffic by 14 December.

During the past few months, although the progress may have seemed slower than usual due to rain delays, the balance of the road works is now nearing completion.

The following changes to the Caledon Street road works are to be implemented for the last portion of works to ensure safety to all road users.

Botanical Garden to Darling Street
The section of road between the railway line and to just after Darling Street will be closed completely to all traffic.

Entrance to the Garden Route Botanical Garden can be gained from the following roads: Camphersdrift Road, Wright Road, Stockenström Street, Moodie Street, Aspeling Street and Drostdy Lane. Directions will be on site. 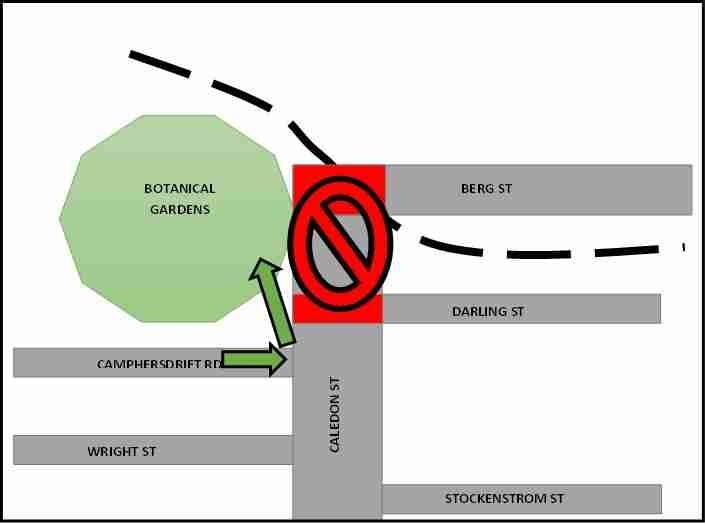 Entrance to the Garden Route Botanical Garden can only be gained from the middle of Caledon Street, entering from the following roads: Camphersdrift Rd, Wright St, Stockenström St, Moodie St, Aspeling St and Drostdy Lane.

Davidson Road to Sandy McGregor Road
The section of road between Davidson Road to just after Sandy McGregor Road will be closed to all traffic. Entrance to the George Library and George Museum parking areas will be gained via Drostdy Lane. Patrons will be redirected across the parking lanes in front of the Presbyterian Church to the parking area of the library and museum. 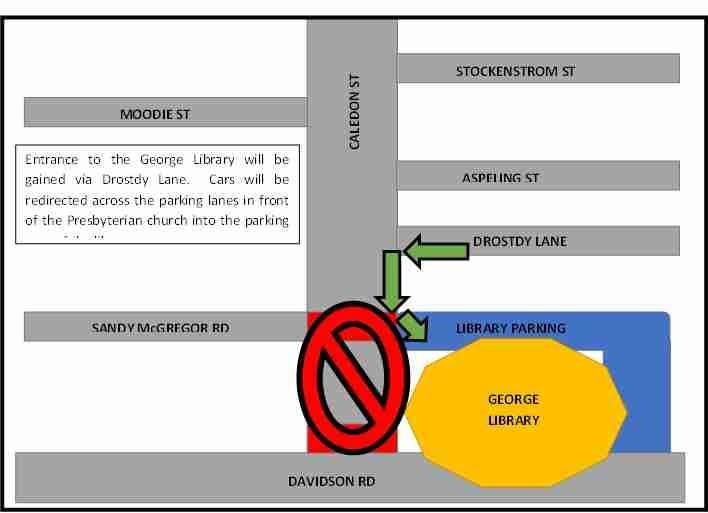 Entrance to the George Library and George Museum parking areas will be gained via Drostdy Lane.

The road closures for the above sections will start as soon as the BTB layer is laid on the current section of Caledon Street. These road closures are to ensure the safety of the residents, business owners and general road users. The two sections will be reconstructed simultaneously to avoid delays.

Once the BTB layer has been laid on the two sections, the final asphalt layer will be done over the whole of Caledon Street. On completion of the main road works, the ancillary works (kerbs, etc) will be done, and the road reserve rehabilitated.

Residents and businesses in the affected work areas will be accommodated via the sidewalks or Davidson Road.