A street for Madiba 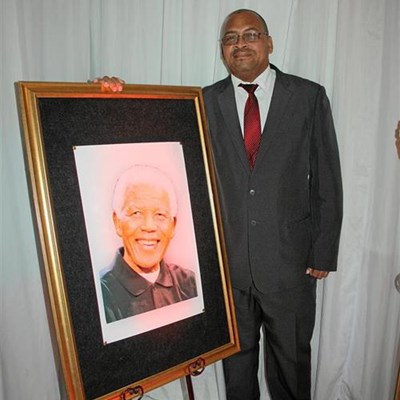 Standers told those who attended the launch of the City of George Honours Nelson Mandela programme mayoral event at the civic centre, that the proposed name change is a very special birthday present for Madiba.

Mandela, who has been in hospital in Pretoria for close on six weeks, was born on 18 July 1918 and celebrates his 95th birthday today (Thursday 18 July).

As part of Mandela's present from the city of George, a process will also be put in motion for the possible renaming of buildings, more streets and a sport field after the icon. Standers stressed that the renaming will be a council decision that will only be taken after a thorough public participation process has taken place.

"The reason why I as Mayor decided to rename Albert Street and Sandkraal Road as Nelson Mandela Blvd, is that this road links all parts of the George community, like Mandela played a unifying role in South Africa and the world. I want to officially open Nelson Mandela Blvd on Heritage Day, Tuesday 24 September. On that day we plan to create a human chain down the entire length of the boulevard - from the corner of York into Thembalethu."

The City of George Honours Nelson Mandela programme was started on Monday 1 July where recognition was given to Mandela for the dedicated person that he is. "We started the programme with a drawing competition for children, because Mandela has a special place in his heart for children," Standers said.

Not only did Georgians wake up this morning, on Madiba's 95th birthday, with lights glittering at Unity Park and in front of the civic centre, but banners were also put up to wish him a happy birthday and a speedy recovery.

The City of George Honours Nelson Mandela programme is the brainchild of Standers, which he has been planning since January this year. "It's not something I decided to do when Mandela was hospitalised. It comes a long way and is well organised."

As part of the birthday festivities and the annual '67 minutes for Mandela', a prayer service will take place in the civic centre today, from 12:53 to 14:00. This evening a 5km 'Madiba's long walk/fun run' starts at 17:00 at Unity Park in York Street.
"The City of George Honours Nelson Mandela programme will not end on Wedenesday 31 July at the end of Mandela Month. We will celebrate and give honour to this legend till the end of December and beyond," Standers said.


Nelson Mandela chats to then Mayor of George, Kidron Kaboni during a visit on Sunday, 3 September 1995.