Tug-of-war over meetings and mayor

Virgill Gericke of the PBI (left), the opposition's choice for the mayoral seat, congratulates newly elected George Mayor Leon van Wyk at a special council meeting on 22 May.

GEORGE NEWS - Three attempts over the last week to hold a George council meeting proved unsuccessful, with the majority of the opposition simply refusing to pitch.

With only 26 councillors willing to attend (24 DA councillors and two members of the opposition, the ACDP and FF Plus), Council can't reach the golden number of 27 councillors necessary to form a quorum.

Now it seems both Speaker Gerrit Pretorius and an alliance of opposition parties are taking legal action, but for very different reasons. Pretorius will take steps against those who missed three council meetings and didn't use the correct procedure to excuse themselves, whereas the opposition is in a legal bid to challenge the process of the election of the George Mayor.

Mercia Draghoender of the SAC and Icosa's Wilbur Harris might sidestep the Speaker's whip. Although Draghoender had previously openly sided with the Good party, she confirmed this week that she holds an SAC seat in council. Draghoender cited medical reasons for her absence, and Harris resigned on Monday as a George councillor as he is swapping places with Garden Route Councillor Theresa Fortuin.

On Wednesday the Independent Electoral Commission (IEC) said that both Fortuin and Harris' appointments are still being processed. The other opposition parties in council are the ANC, PBI, AIC and EFF. 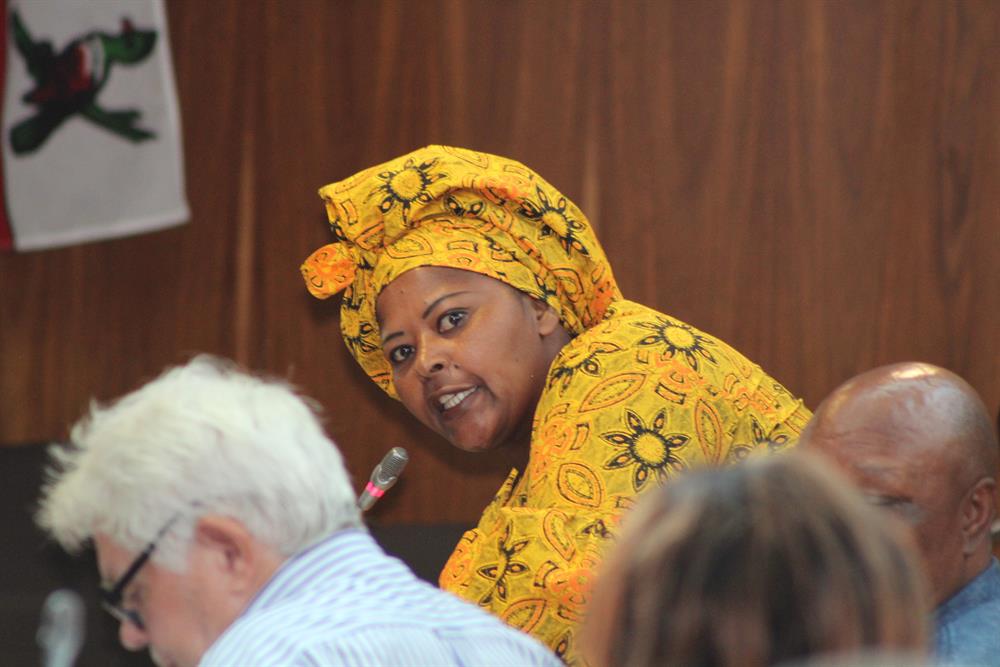 Failed attempts
Last week Thursday's meeting had to be adjourned shortly after the draft budget and integrated development plan (IDP) was tabled. Council was left high and dry when two members of the opposition (EFF and Icosa) - who probably joined by accident - left in a hurry. Since then two more attempts have been made - on Monday and Tuesday, 1 and 2 June - to finish the items on the agenda, but to no avail.

Some of the opposition councillors excused themselves telephonically to officials within the administration, as well as to the Municipal Manager, Trevor Botha. However, according to Speaker Gerrit Pretorius, the correct way for councillors to make an apology, as per the code of conduct, is by lodging a reason for absence through the Chief Whip, who will then pass it on to the Speaker to decide whether the apology will be accepted or not.

Pretorius said he will be taking "immediate steps" regarding the absence of the opposition councillors in question. "After missing three meetings, the rules of order make provision for steps being taken, which I will do straight after the meeting," Pretorius said on Tuesday.

Mayor Leon van Wyk said action needs to be taken swiftly. "We are talking money here. And the service delivery of the municipality is being affected by the councillors' dereliction of their duty." Gert van Niekerk of the Freedom Front Plus said, "We are wasting time while these cowboys sit at home". Speaker Gerrit Pretorius on the left.

Legal action
On Tuesday, ANC Chief Whip Nomawethu Jantjies-Gushman said the "opposition collective" has decided to take legal action, challenging the meeting of 22 May including the election of Leon van Wyk as the mayor of George, because of "flawed procedures" during that meeting.

"So that is the reason why we did not attend this meeting this morning because until that matter is resolved by the court of law, we are not going to attend any meeting," said Jantjies-Gushman.

She cited a "pro white" draft budget that does not address the needs of their community, as the reason for the ANC not attending the meeting last Thursday, 28 May.

Virgill Gericke of the PBI said his party is joining the progressive alliance of opposition parties in a legal bid to challenge the process of the election of the George mayor. "We believe that the process has been grossly flawed. We have drawn the attention of the Speaker to a range of procedural flaws, but he decided nevertheless to proceed with the election," said Gericke. "Regardless of our very valid concerns, the DA wanted to bulldoze the agenda at any cost to elect their mayor. I believe we have exhausted all other administrative remedies to find an amicable solution."

Gericke said if the opposition conceded to the "flawed process", they may be held liable for any incorrect decisions taken in Council.

"Therefore we have decided to support the legal process. If the Speaker does not answer by 12:00 tomorrow (Wednesday 3 June), we will file in the High Court coming Friday," he said. "If the Court rules on this matter, we will oblige. But it is important to make sure that we have met all the requirements in terms of legislation."