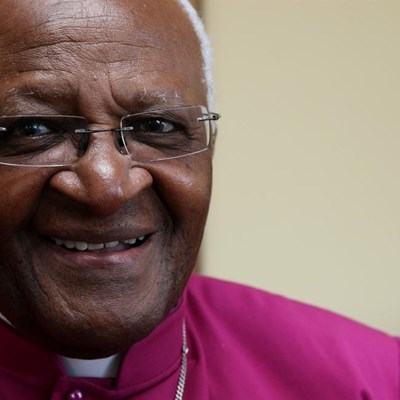 "I am ashamed to call this lickspittle bunch my government," he said in a statement.

Last month it was reported that the Dalai Lama had again been refused entry to the country, this time for the 14th World Summit of Nobel Peace Laureates to be held in Cape Town from October 13 to October 15.

It was the third time in five years the Dalai Lama could not secure a visa to enter South Africa.

Tutu said he could not "believe that the South African government

could shoot itself in the same foot thrice over.

birthday I condemned that kowtowing to the Chinese roundly and reminded the ANC government that it did not represent me.

"I warned them then that just as we had prayed for the downfall of the apartheid government so we would pray for the demise of a government that could be so spineless."

He said the Nobel Summit, the first to be held in Africa, was meant to celebrate former president Nelson Mandela.

"His own comrades have spat in his face, refusing to see him honoured by the holders of the blue ribbon of awards and honours," Tutu said.

The presidency confirmed Zuma received the letter and that he would respond directly to the laureates.

At the time the international relations department said the Dalai Lama's visa application was a closed matter, and that he had cancelled his trip.

The Dalai Lama won the Nobel Peace Prize in 1989.

On Thursday, Cape Town mayor Patricia de Lille is set to make an announcement on the 14th World Summit of Nobel Peace Laureates, following reports on Wednesday that it had been cancelled.