NATIONAL NEWS - South Africans were awaiting the first results on Thursday of closely-watched polls which will be the first measure of whether President Cyril Ramaphosa can reinvigorate support for the ruling ANC.

Preliminary results of Wednesday's poll will emerge throughout the day, with an official winner declared on Saturday.

The party that wins the most seats in parliament selects the country's president, who will be sworn in on May 25.

"The outcome of this election will be a major boost for investors... and investor confidence, it's about confidence and about the future," Ramaphosa said after voting on Wednesday.

"We apologise for our mistakes."

Support for the ANC has fallen in every election since 2004 with the party taking 54 percent in 2016 municipal elections, compared with 62 percent in 2014's national vote.

Nelson Mandela and the African National Congress (ANC) were swept to power with a landslide in the country's first multi-racial polls that marked the end of apartheid in 1994.

Most opinion surveys suggest the ANC will secure nearly 60 percent of Wednesday's vote, thanks to Ramaphosa's appeal and a fractured opposition.

Dirk Coetzee, a professor at UNISA's political science department, said "the higher the percentage for the ANC, the more it will give him (Ramaphosa) bargaining power".

"If Ramaphosa gets below 50 percent he will be very vulnerable" to challenges from rivals within the ANC, he added.

'The poor are getting poorer'

The ANC has been confronted by deepening public anger over its failure to tackle poverty and inequality in post-apartheid South Africa. 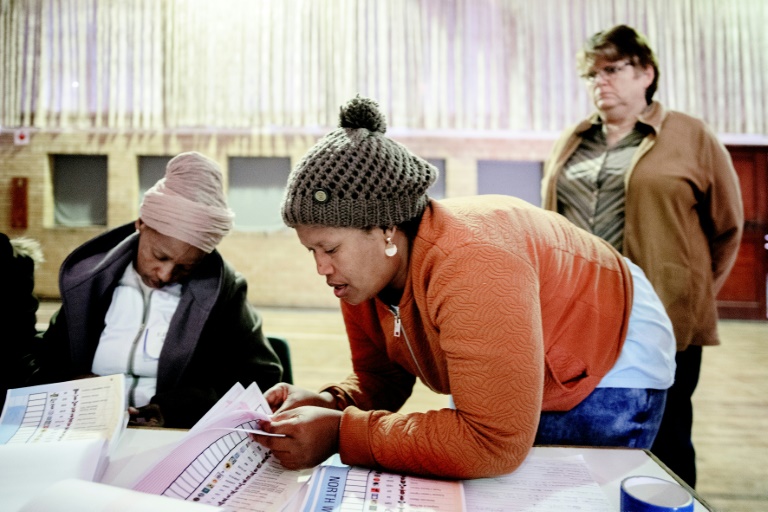 Most opinion surveys suggest the ANC will secure nearly 60 percent of the Wednesday's vote.

"We have given them 25 years but the poor are getting poorer and the rich richer," said voter Anmareth Preece, 28, a teacher from Coligny in North West province. "We need a government that governs for the people, not for themselves."

The economy grew just 0.8 percent in 2018 and unemployment hovers around 27 percent - soaring to over 50 percent among young people.

Of the 47 opposition parties in the race, only the main opposition centrist Democratic Alliance (DA) and the radical-left Economic Freedom Fighters (EFF) are major players.

The DA is hoping to shed its image as a white, middle-class party.

Its first black leader, Mmusi Maimane, is contesting his maiden general election since taking the helm in 2015, and is expected to make modest gains on the DA's 2014 vote share of 22 percent.

The EFF, founded six years ago by former ANC youth leader Julius Malema, is predicted to make major gains, growing from 6.3 percent to a forecast 11 percent.

"The ANC has taken people for granted. There is some arrogance which has crept in," said voter Mandla Booi, 45, in Port Elizabeth on the south coast.

The EFF, which appeals mainly to young voters and the poor, has campaigned on a policy of seizing land from white owners to give to blacks.

About 26.8 million voters were registered to cast their ballots at 22,925 polling stations countrywide. 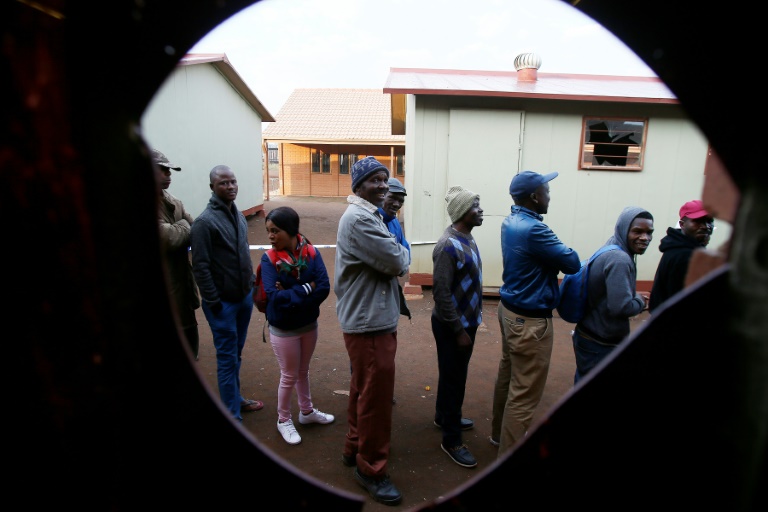 The ruling ANC, in power since 1994, is favourite to win despite corruption scandals, sluggish economic growth and record unemployment.