IT’S always difficult for a carmaker to join the Supercar Club, but Audi had a bona fide hit with its first-generation R8. Audi had a solid reputation as a luxury carmaker when the R8 first launched in 2008. The R8 quickly became one of the most well regarded cars of its type. 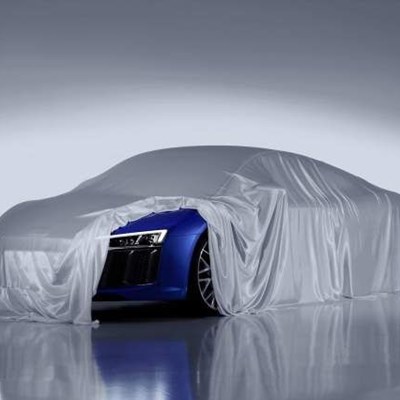 As good as it is, though, the R8 is definitely due for replacement, but the R8 is an established contender now so Audi will have to improve on the current model, while still maintaining the qualities that made the first generation R8 a success in the first place. Here’s how we think Audi will most likely do that.

It doesn’t appear that Audi will drastically alter the R8’s successful design. The current R8 has a very distinctive look made all the more recognizable by its appearance in the various Iron Man movies, Wolverine movies and as an early concept in I Robot, featuring Will Smith.

Judging by the recent remake of Audi’s other style icon, the TT, it seems the brand’s design language is going through a stage of evolution rather than revolution. So expect the next R8 to have a strong resemblance to the first-generation model, but with enough changes to keep things interesting and fresh. As with the current model, expect the next R8 to be offered in both coupé and convertible Spyder forms.

What we do know, for certain, is that the new model will feature laser headlights, for the halo model. Each headlamp module will feature a blue-light beam that refracts through a phosphor converter, which transforms the blue beam into pure white light. This technology - although very confusing and involved for us ordinary folk - will basically double the distance of the high beams with a more direct and composed beam, which uses less energy than a conventional beam.  The laser high beams will be available as an option and the R8 will be the second model to apply this technology as a production model. The first Audi to use them was the R8 LMX special edition, which was released last year.

The current R8 is offered with 4.2-litre V8 and 5.2-litre V10 engines, and these are likely to return as well. We figure that Audi’s quattro all-wheel-drive will be standard. There have also been so many powertrain rumours related to the next-generation R8, as well. Audi did plenty of powertrain experimentation with the outgoing model, and some of that is expected to pay off soon. The all-electric R8 e-tron spent years in development, so the battery-powered supercar may finally make it to showrooms as part of the second-generation R8 line-up - who knows?

Audi made waves when it unveiled the virtual cockpit design for the new TT. It features a streamlined dashboard layout that moves the information display to where a traditional gauge cluster would normally be located. The obvious driver-centric quality of this design has caused Audi to shy away from using it on its larger sedans and crossovers. But, if it can work in the TT, why not in the two-seater R8?

The Lamborghini Huracán LP610-4, on which the new R8 will be based, features the exact same virtual cockpit hardware as the new TT — just with different graphics.

We will have more details on the new Audi R8 as they surface ahead of its big reveal at the Geneva Motor Show on the 3rd of March.