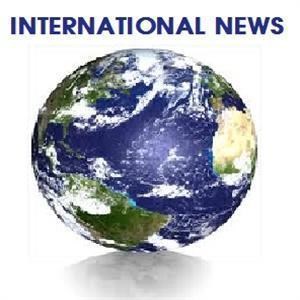 INTERNATIONAL NEWS - A Swaziland court on Monday sentenced a South African man to 85 years in prison for high treason and terrorism over a botched bomb attack against King Mswati III, but will effectively jail him for a total of 26 years.

High Court Judge Bheki Maphalala last month found Amos Mbedzi guilty of planning to plant the bomb at a bridge of the Lozitha Royal Palace in the commercial hub Manzini in 2008.

The bomb was intended for Africa's last absolute monarch, who was due to use the bridge the same night, but the bomb exploded prematurely in the car Mbedzi was travelling in. Mbedzi survived with serious injuries while two others in the car were killed.

"Having found you guilty..., I therefore sentence you to 85 years in prison," Maphalala said.

The judge sentenced him to 25 years in jail for each of the two killed in the car, 20 years for attempted murder and 15 years for sedition, but he added that the sentences will run concurrently and date to the day he was arrested.

In other words, he will serve the longest term of 25 years, less the six years he has already spent in detention since his arrest.

The judge also found Mbedzi had been part of the Umbane People's Liberation Army, a secret militant group linked to the People's United Democratic Movement (PUDEMO), which sought to undermine elections that year until Swaziland allowed a multi-party vote.

Political parties were banned in 1973 and voters choose candidates approved by traditional leaders and the king.

A series of small bomb blasts rattled the country in 2008, with Umbane claiming responsibility for the attacks.

King Mswati III has faced increasing protests in the last few months as the kingdom weathers a severe economic crisis, partly blamed on his lavish lifestyle with his 13 wives.

Mbedzi underwent training at Umkhonto we Sizwe, the military wing of South Africa's ruling African National Congress, when it was still fighting the white minority regime under apartheid. He is also a member of the South African Communist Party (SACP).

A South African-based Swaziland Solidarity Network condemned the sentence as "ludicrous" and a "complete miscarriage of justice."

"We take this moment to renew our unwavering commitment to total liberation of the people of Swaziland from the unjust and undemocratic ... system and the autocracy of the royal family that continues to plunder the national economy and abuse cultural and political institutions," the network said in a statement.