Outrage in Singapore over destruction of children's books 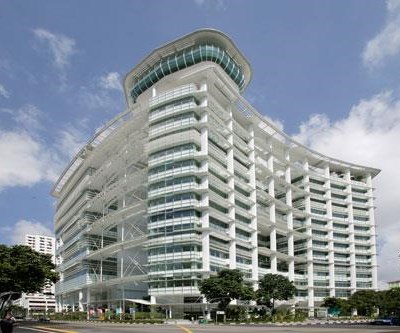 The National Library Board (NLB) late Thursday confirmed it would "pulp" three children's titles deemed to be against its "pro-family" stance following complaints by a parent and its own internal review.

Singapore's small but vocal arts and literary community slammed the move as an exercise in "book burning" and censorship, amid rising tensions between religious conservatives and gay-rights activists in the city-state.

The three books to be destroyed include "And Tango Makes Three" -- a true story about two male penguins in a New York zoo which raised a baby penguin -- and "The White Swan Express", which features children adopted by straight, gay, mixed-race and single parents.

The third book, "Who's In My Family", discusses different types of families, including references to gay couples.
The state-funded NLB is a network of 26 public libraries with a collection of five million books and multimedia items.
Prominent local writer Ng Yi-Sheng bemoaned the NLB's decision to destroy the books instead of choosing a "compromise solution, such as putting the books in adult lending or even the reference section".

"I want you to bring up these book burnings in your public events," he told fellow authors in a Facebook post.
Alfian Sa'at, a playwright, called for a boycott of the NLB network.

"Our stand is precise and clear: We are against censorship, an opaque bureaucracy and the destruction of books," he said.

A group of writers scheduled to speak at an NLB event about humour on Sunday also pulled out in protest.

The Singapore Review of Books, an online publication that reviews books from Singapore and outside, said on its website that the NLB's decision to destroy the books "has crossed the threshold to take on the spectre of a pyre... from which no hope may rise".
But Singapore's information minister Yaacob Ibrahim said in a Facebook post Friday the NLB's decision was "guided by community norms".

"The prevailing norms, which the overwhelming majority of Singaporeans accept, support teaching children about conventional families, but not about alternative, non-traditional families, which is what the books in question are about," he wrote.
The episode comes just two weeks after an annual gay rights rally in the conservative city-state was attended by over 20,000 people, sparking a fierce debate between religious conservatives opposed to the event and Singapore's growing gay-rights lobby.
Gay sex between men is illegal in Singapore and is punishable by up to two years in jail under a provision in the penal code dating back to British colonial rule.

Singapore officials have openly promised that the city's LGBT community will not be hounded under this law, but say it must stay in the books because most citizens still do not accept homosexuality.
A survey of 4,000 citizens by the government-linked Institute of Policy Studies earlier this year found that 78.2 percent of the local population felt same-sex relations were wrong.