Michelle Obama: The Clinton surrogate that could finish off Trump 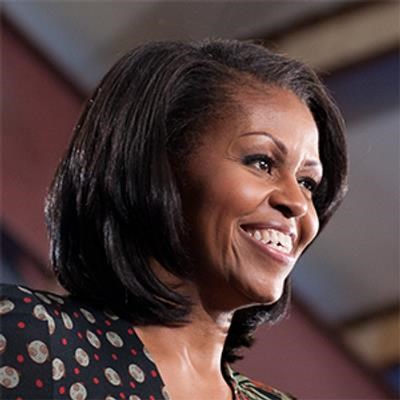 Michelle Obama.
INTERNATIONAL NEWS - Not only has Michelle Obama delivered two of the best speeches supporting Hillary Clinton during the 2016 campaign, she also provided the Democratic nominee's campaign its unofficial slogan.

"When they go low," Clinton says on the campaign trail, "We go high," her supporters shout back.
In 2008 and 2012, President Barack Obama's campaign aides anointed Michelle Obama "The Closer." This year, Hillary Clinton may well designate her most popular surrogate the starter, the reliever and the pinch-hitter, too.
On Thursday, the first lady deployed a profoundly personal rebuke of Donald Trump's sexually aggressive boasts, delivering the most powerful censure to date of the GOP candidate's cavalierly-expressed views toward women.
It was the second time this year Obama has captured her audience and driven home an emotionally-felt message in a way no other surrogate - or, for that matter, Clinton herself - has been able. After carefully honing an apolitical air of authenticity over the past eight years, in part by actively avoiding the harsh spotlight of campaigning, the first lady is disbursing her capital with withering force in the final 26 days before Election Day, aiming to convince the women and minority voters who helped propel the Obamas into the White House to show up one more time.
Read more on CNN.