GEORGE NEWS - A 28-year-old suspect will appear in the George Magistrate’s Court this morning, Tuesday 10 July, in connection with the murder of the beautiful Hlompho Mohapi (25) from Thembalethu.

Her body was found by a fisherman on the Voëlklip road in Herold’s Bay last Thursday.

Mohapi had multiple stab wounds to her chest and her throat was partially slit.

The suspect was arrested in Knysna on Saturday and has been charged with the possession of stolen property after Mohapi’s phone was found on him.

According to Southern Cape police spokesperson, Captain Malcolm Pojie, the suspect cannot be directly linked to the murder at this stage.

It is believed that Mohapi went for an interview at the George Airport on Thursday but never made it there.

According to Airports Company of South Africa (Acsa), no job interviews were held at the airport last week. 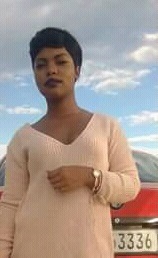