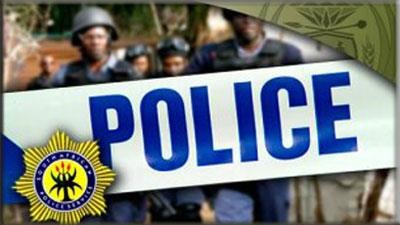 The Western Cape MEC of Community Safety Minister Dan Plato expressed grave concern over perpetrators of crime in the province using SAPS uniforms and equipment. Graphic: http://www.sabc.co.za
SOUTHERN CAPE NEWS - "Recent incidents of robberies where criminals are allegedly impersonating police officers cannot be dismissed as isolated, and require a concerted effort from the South African Police Service (SAPS) to track down these criminals," says Western Cape MEC of Community Safety Minister Dan Plato.
Over the past two weeks, in two separate incidents in Robertson and Hout Bay, criminals have perpetrated robberies dressed in full police uniforms, fake police uniforms and using what appears to be police issued assault rifles.
These criminal acts raise serious questions which need to be answered: Are the perpetrators police officers?
How are they getting their hands on fake or real police equipment and uniforms, and, more worryingly: where are they getting the guns from?
Media reports from last month, which referenced an independent research report released in February 2015 – the Broken Blue Line 2 – indicates "extensive police involvement in perpetrating serious and violent crimes continues."
This follows the initial 2011 report, which found that there was significant evidence that "police officers will often use their policing powers, as well as official equipment, to perpetrate crimes. In the case of cloned officers, criminal gangs appear to benefit from internal support from real officers".
"The Western Cape Police Commissioner has already arrested a number of SAPS officers for corruption and criminal behaviour in this province, and I trust that he will continue to apprehend the bad apples in the police who are tarnishing the good name of all the hard-working and honest police officers, putting their lives on the line on a daily basis," Minister Plato added.
"The perpetrators behind these recent robberies must face the full might of the law."
Police Service Act
The South African Police Service Act (SAPS Act) is clear that:
- No member shall lend or sell any transport or equipment (Section 59(1));
- Any person who receives or has in his possession any policing property is liable to a fine or a year in prison (Section 65);
- Anyone, outside the SAPS, wearing or using police uniforms, badges, et cetera, is liable to a fine or six months in jail (Section 66); and
- Anyone pretending to be a member of SAPS is liable to a fine or two years' imprisonment (Section 68(1)).
Incidents ongoing
These recent robberies can also be added to a list of similar incidents that have occurred over the past year.
In October 2014, armed robbers dressed in police uniform assaulted and robbed a store in Fish Hoek. In July 2014, reports warned of robbers in police uniform robbing people on the roads of Mitchell's Plain. In June 2014, an ATM at the Mitchell's Plain Promenade Mall was targeted by armed robbers in police uniforms, while in May 2014, five men in full police uniform armed with hand guns robbed a jewellery story in Green Point.
"Though I appreciate the Western Cape SAPS' advice to the public to ask for proper identification when approached by a SAPS officer, the police must also take control of the situation, and stock of their equipment and firearms.
"I will ask the SAPS Provincial Commissioner, Lt Gen Arno Lamoer, for a full briefing on criminality within the SAPS in the province, the issuing and control of uniforms, equipment and official police regalia, as well as information regarding their pro-active approach to combat crime within the police service," Minister Plato concluded.
'We bring you the latest Southern Cape news'