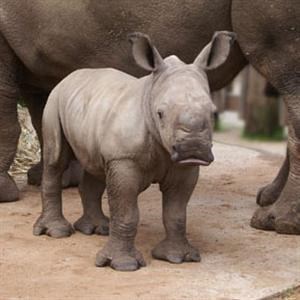 NATIONAL NEWS - The country’s body charged with the management and protection of the national parks system, all its environs and heritage, South African National Parks (SANParks) was the recipient of over 1000 rhino DNA sample kits from the Faculty of Veterinary Services of the University of Pretoria (UP) this week.

Says SANParks, Chief Executive Officer, Dr David Mabunda:" Throughout the years DNA evidence has ensured that criminal elements are locked up as the analysis of information collected proved to be the only working weapon that cannot be disputed to halt criminals in their tracks. This will certainly go a long way in changing the trend of suspects found in possession of rhino horn only being charged with possession as the horns in their possession will be linked to a carcass lying somewhere in a national park or game reserve.”

According to Dr Mabunda the kits would also assist rhino managers with the individual rhino in their care.

He said these kits are expected to help prosecutors be even tougher on those caught in possession of rhino horns.

The initial project to obtain DNA from the rhino horn was done in collaboration with the TRACE Wildlife Network in the UK and the samples were supplied by SANParks. The DNA sampling kits were developed through a combined effort of SANParks environmental crime investigation unit and the South African Police forensic science laboratory in Pretoria and the Veterinary Genetics Laboratory of the University of Pretoria.