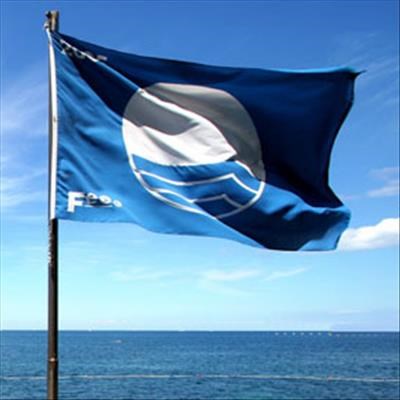 The Wilderness Ratepayers and Residents Association are aggrieved that the Blue Flag will not fly over the NSRI beach in Wilderness this season.

GEORGE NEWS - The Wilderness Ratepayers and Residents Association are aggrieved that the Blue Flag will not fly over the NSRI beach in Wilderness this season.

Chairman Donald Goldfain said, "From the information we have gleaned, it would appear that the Eden Municipality did not apply for Blue Flag status despite George Municipality's keenness to have a Blue Flag beach along its coastline.

"Are the sheer costs of the application along with the requisite lifeguards possible reasons for Eden not applying?"

Wessa
Christine Ridge-Schnaufer of the Eden branch of the Wildlife and Environmental Society of SA (Wessa) said she has a dream to have every George beach fly a Blue Flag.

"With the bulk of the infrastructure already in place in Wilderness, Victoria Bay and Herold's Bay, virtually the only thing holding this back is the water quality and the fees required to register.

"In the interest of everyone's health, the water quality should pass with flying colours anyway and the fees are a matter of budgets being made and including these fees annually."

Fat Cats
The drop in status of Wilderenss beach led to angered responses on the George Herald's social media sites.

One website response was from ShankyBeach who asked, "Who are the officials responsible for handing in this application? They need to be named and shamed. These people draw fat salaries and deliver very little. This will cost Wilderness tourism revenue in a time when we can least afford it."

The former Eden District Municipality official who was the driving force in Wilderness beach getting Blue Flag status, Vernon Gibbs-Hall, commented, "It's a crying shame."

Rina Aucamp Bruyns asked, "How can this happen?" and other Facebook readers expressed regret at Vernon's departure and emigration to Canada.

Undeserving
Judith Jones aired a different opinion, however. "We probably do not deserve Blue Flag status as there are ongoing, major sewage leaks into our rivers which mouth into the ocean and onto our beaches. All of these have been reported in the George Herald.

"A ruptured main sewerage line resulted in the Schaapkop River being subjected to a massive spill of raw sewage which ended up in the ocean (with Victoria Bay and Wilderness being downstream). This was reported on 31 August 2017 by Myron Rabinowitz.

"Another example was the Touw River sewage spill (a Hoekwil sewage pump malfunctioned) reported on by Michelle Pienaar on 21 September 2017; and a chronic seepage of raw sewage resulting in the Kaaimans River being contaminated as reported by Alida de Beer.

"All of these can be linked to the George Municipality's sewerage system needing an overhaul before any further pollution makes our beaches unsafe."