There were 16 boats sailing, of which 11 were in the senior fleet, racing for the Sotheby's Trophy. The junior fleet just had three boats - two Optimists and a Tera Pro.

Robyn Hellstrom freeing off sail controls while sailing on the reach in Sunday's racing.

There were 16 boats sailing, of which 11 were in the senior fleet, racing for the Sotheby's Trophy. The junior fleet just had three boats - two Optimists and a Tera Pro.

However, class ratings gave the race win to James Hellstrom.

In the junior fleet Tristan Boshoff was able to extend three minutes ahead of the Optimist of Jean Paul Buys with Ayden Gething 30 seconds behind Buys. Class rating gave the race win to Buys, ahead of Gething and Boshoff.

In the second race, Gething was able to establish a better lead ahead of Hellstrom, sufficient this time to score line honours as well as the handicap win.

In the junior fleet Boshoff was once again three minutes ahead of the leading Optimist of Gething. With strong, gusty wind conditions, the third race was hectic. Hans Delport was able to get his Dart 18 up to speed to finish well ahead of the dinghies. A brief capsize by Gething allowed Hellstrom to take the lead amongst the mono hulls. Gething finished third over the line, followed by the Lasers of Paine, Osborne, Laing and Lammers.

James Hellstrom leads in the series for the Sotheby's Trophy, ahead of Brett Gething and Henry Paine. 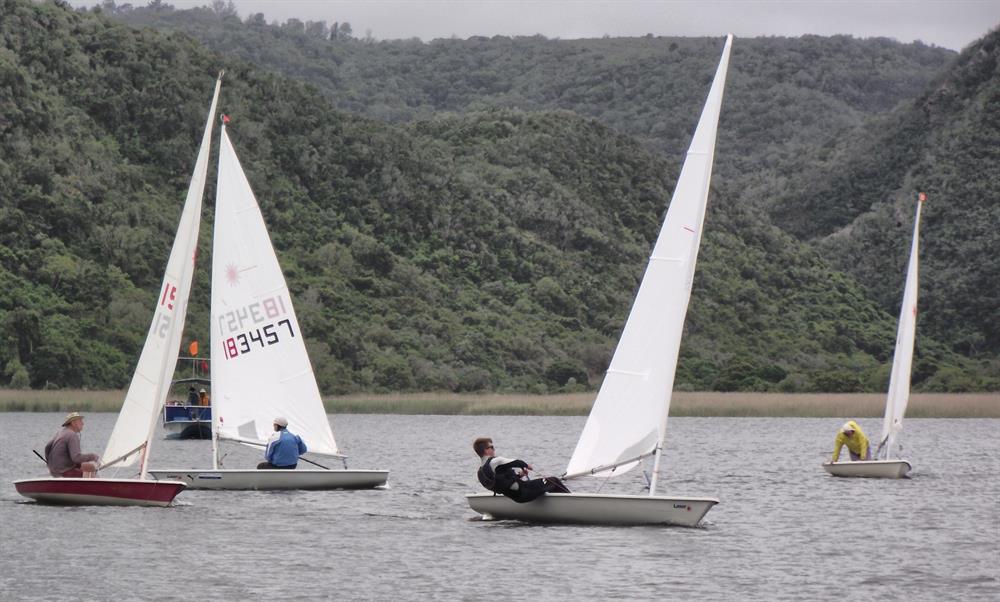