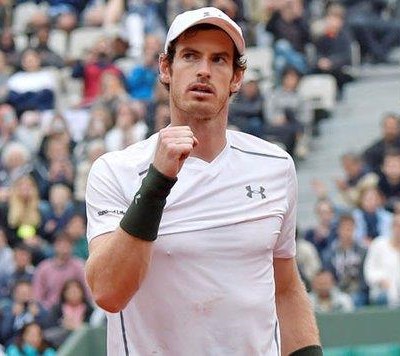 Andy Murray. Image: twitter.com
INTERNATIONAL NEWS - Newly knighted Andy Murray will bid to end a run of heartbreaking defeats at the Australian Open and see off his chief rival Novak Djokovic as he enters his first Grand Slam tournament as world No 1.

But after years of playing second fiddle to the 12-time major-winning Serb, Murray is coming off a break-out year when he knocked Djokovic off the top spot to become world No 1 for the first time.

The 29-year-old Scot may have relinquished his unbeaten run of 28 competitive matches to Djokovic in this month's lead-in Qatar Open, but feels he's in the right shape to finally hoist the trophy at Melbourne Park.

"I think physically it was a good test to start the year, and I did good in Qatar," Murray said. "My body feels all right just now, so that's positive. Still think there are things I can do better."

As the top two seeds, Murray and Djokovic will be on opposite sides of the men's draw and seeded to meet each other in the January 29 final.

In contrast, Djokovic's season imploded after a third-round loss at Wimbledon, followed by a first-round exit to Juan Martin del Potro at the Rio Olympics and defeat to Stanislas Wawrinka in the US Open final.

But with six titles, Djokovic will make history as the player with the most Australian Open victories if he manages to win the tournament again.

A seventh triumph would pull him one clear of Australia's Roy Emerson, who also won six titles but in the amateur era of the 1960s.
Read more on SuperSport