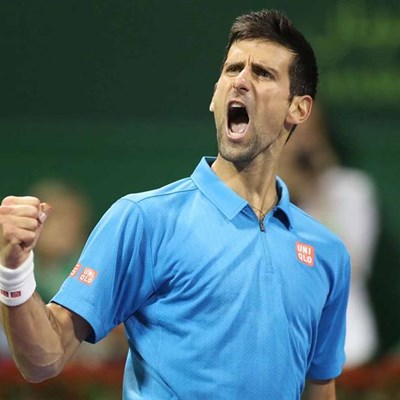 Novak Djokovic.
INTERNATIONAL NEWS - Novak Djokovic made an immense statement in his bid to rule men’s tennis again when he defeated Andy Murray, the man who deposed him as world number one, 6-3 5-7 6-4 in an epic Qatar Open final in Doha on Saturday.

Looking back to near his peerless best at times in a game of searing quality, the Serbian missed out on three match points and had to repel a roaring Murray comeback before ending the Briton’s 28-match, five-tournament winning streak.

In their first meeting since Murray won their season-ending climax at the ATP World Tour finals, the Briton ran into a rejuvenated Djokovic who, despite having problems with his racket hand and receiving two warnings for his behaviour, prevailed thrillingly in their 36th contest.

The world number two said it was “the dream start” to 2017 in his build-up to the defence of the Australian Open title later this month and defeat provided food for thought for Murray, who lost for the 25th time against his old rival.
Read more on Eyewitness News.