Asked how he found out he had been selected as captain by Gatland, a former Wales coach, Jones said: "I had a call from Gats on Sunday evening, actually a missed call. I thought 'better give him a call back'."

RUGBY NEWS - Veteran Wales captain Alun Wyn Jones will lead the 2021 British and Irish Lions in South Africa but there was no place for several big names including Johnny Sexton and Billy Vunipola in the 37-man squad announced on Thursday.

The 35-year-old Jones, long a leading contender for the role, guided Wales to this season's Six Nations title.

The lock has won a world record 157 Test caps and this will be his fourth Lions tour. He has played in the combined side's last nine internationals in South Africa, Australia and New Zealand.

He also led the Lions to victory in the decisive 2013 Test against Australia when tour skipper Sam Warburton was injured.

Jones saw off competition from the likes of England's Maro Itoje and Scotland's Stuart Hogg to be chosen as skipper by head coach Warren Gatland for a July-August tour that culminates with three Tests against the world champion Springboks, who last played an international at the 2019 Rugby World Cup.

"To be selected in the squad is initially what you want to be hearing, and to have the armband as well is a privilege, with the names that have gone before and what those players have achieved," Jones told lionsrugby.com

Asked how he found out he had been selected as captain by Gatland, a former Wales coach, Jones said: "I had a call from Gats on Sunday evening, actually a missed call. I thought 'better give him a call back'."

Gatland added: "I did panic for a few hours before he rang me back. It was a great conversation.

"It's a great honour to be tour captain but you've got to play well as well."

Jones' appointment is the latest honour in a career that has seen him win five Six Nations titles, three Grand Slams and play in two World Cup semi-finals.

Meanwhile, Ireland captain Sexton was one of several high-profile omissions, together with James Ryan, Billy Vunipola, Josh Navidi and Jonathan Davies, Jonny May and Kyle Sinckler.

Experienced fly-half Sexton, who turns 36 in July, has suffered concussion problems since the Six Nations and his exclusion leaves England's Owen Farrell, Wales' Dan Biggar and Scotland's Finn Russell to scrap over the No. 10 shirt. 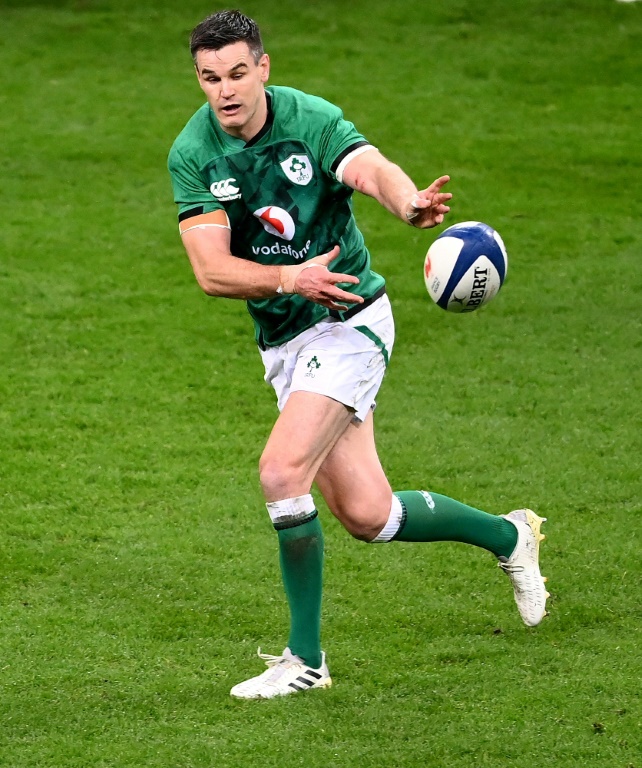 Ireland captain Johnny Sexton made six Test appearances during the 2013 and 2017 Lions tours.

European player of the year Sam Simmonds was named among the back rowers despite last playing for England in 2018.

But there was no place for fellow England No. 8 Vunipola, a regular starter under Eddie Jones, after a dip in form.

Flanker Hamish Watson, who was named Player of the Championship after the recent Six Nations, is one of eight Scotland players in the squad which also features eight from Ireland, 10 from Wales and 11 from England.

In midfield, England's Manu Tuilagi, who has only just returned to training after a long spell out injured missed out, with Scotland's Chris Harris and Ireland's Bundee Aki called up.

The tour will likely be played without the customary large contingent of travelling Lions' fans because of Covid-19 restrictions.

Nevertheless, a confident Gatland said: "We believe we've picked a squad capable of winning a Test series in South Africa.

"In many ways, this has been the most challenging selection I have been involved in.

"We've left out some very talented players which gives an indication to the strength of this squad."

Turning to Rassie Erasmus's world champions, Gatland said: "They're going to be incredibly tough. We know how physical they can be.

"Hopefully (we can) get that balance right between the tough work but also playing some great rugby."